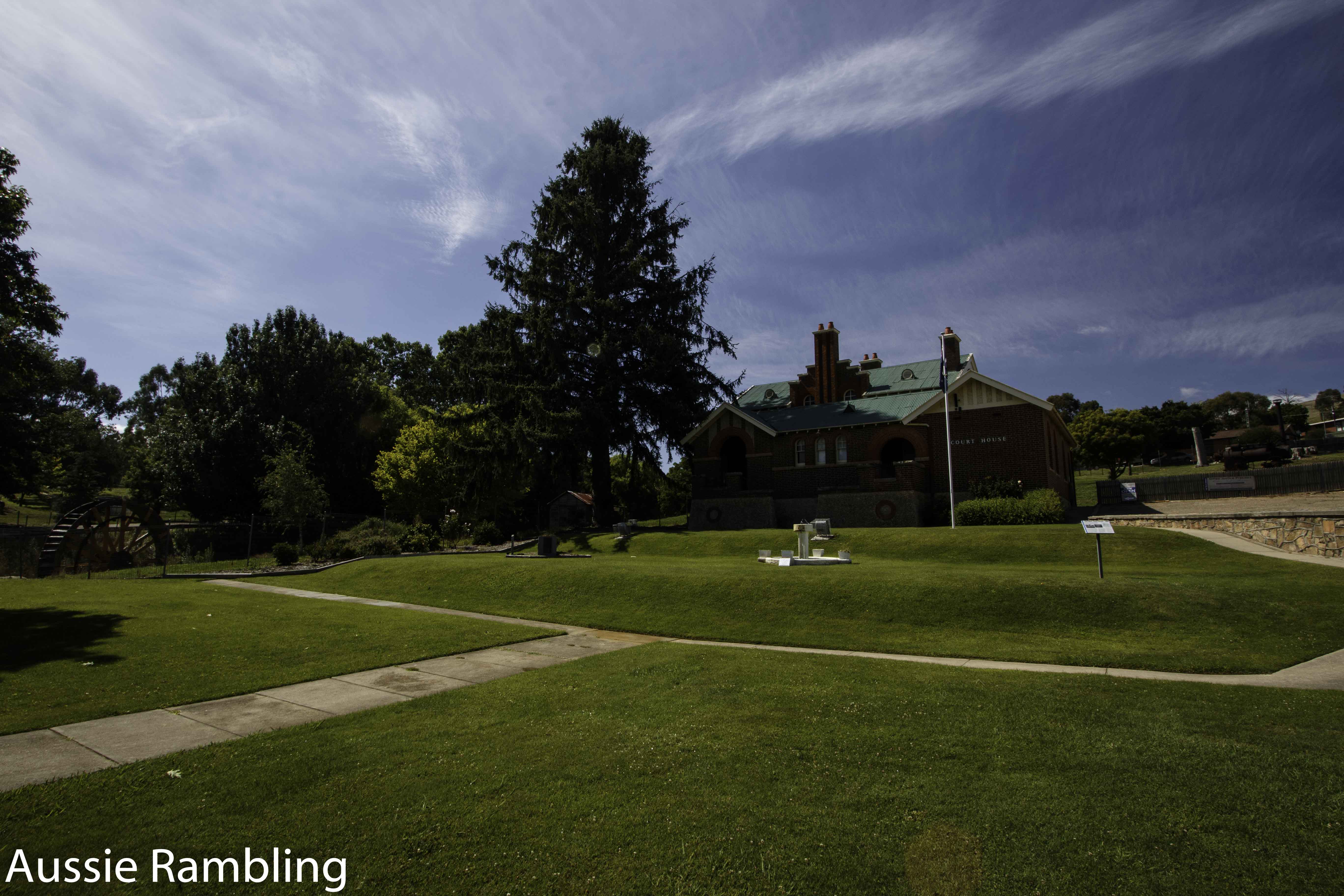 Today is another family history day. Karen organised a reunion about 15 years ago, that 300 descendants and family members of the McCormack’s attended. During one of the many conversations of the day, Karen learned of an Emu egg that had been donated to the Omeo Museum.

So after 15 years Karen was very excited about going to Omeo to see the Emu Egg. So the shortest route between Corryong and Omeo is 150km along the Corryong Benambra road. This sounds like a pretty easy drive and maybe 2 hours each direction. A bit of an investigation reveals the road has 67km unsealed road and crosses the Great Dividing Range between Mount Kosciuszko and Mount Bogong.  So we left at 7am hoping that we would get there by 10am. The road was in pretty good condition for gravel but it has plenty of twists and turns with very large drop offs. As luck would have it we arrived in the town at 9.58am, so it was time to have some breakfast. We bought breakfast from the local bakery and found a nice little park to eat in.

The day was absolutely spectacular with the clean mountain air and sitting in the park. On the way into town there is some fantastic story boards for the history of the town. One of the boards was how the park we were now sitting in was the remnants of the sluicing in the town; the Omeo River Swimming Pool was constructed by the volunteers and that the town was destroyed in the Black Friday fires of 1939. The swimming pool took 12 months to build and could only be worked on Wednesday afternoon for two hours. It was not until we had breakfast that they had actually built the pool in the river. 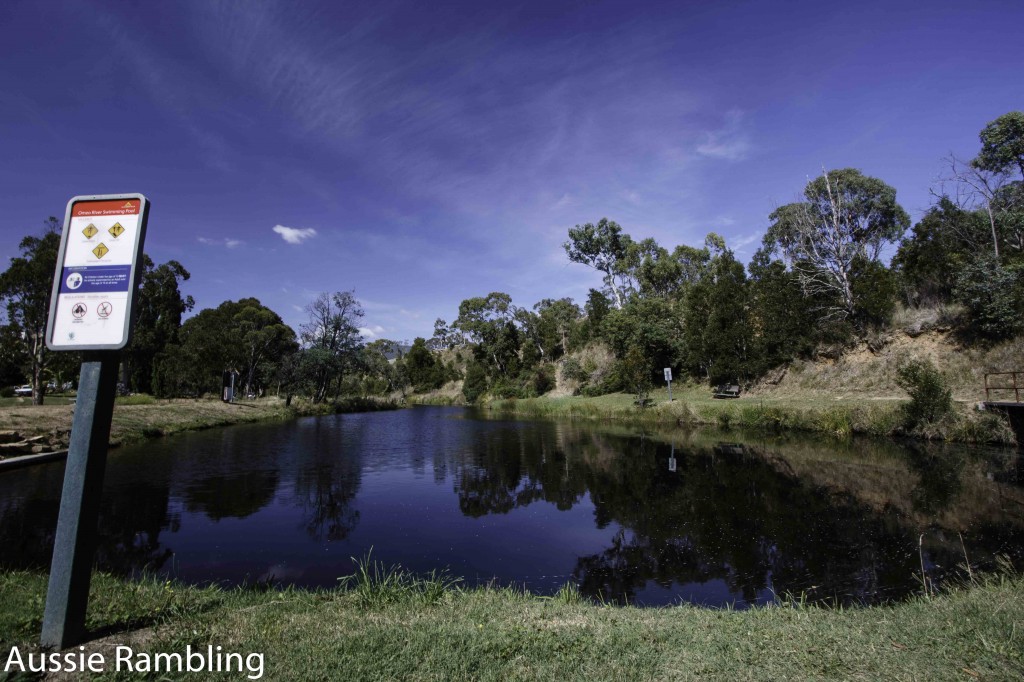 A swimming pool built in the Omeo River by volunteers.

So we wandered around the Omeo museum for a couple of hours looking at the history of the area. The museum is part of the current court house that was built in 1893. The museum has some fantastic piece; it has the best log jail in Victoria and potentially Australia. There are many stories to be told but one of the most astounding is that the jail was still being used in 1981. After a couple of hours we found the museum curator Jeff Cooper and asked about the Emu egg. He was most definite that there was no emu egg and he had been in the area for over 20 years. Karen was very disappointed. Jeff then went onto regale us with stories of the area and how he came to town. The town is absolutely beautiful and worth a visit, make sure you stop in at the museum. Visit their website http://www.omeo.org.au/park/ to check the opening times. 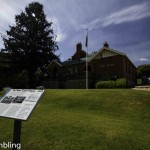 The new Omeo courthouse built in 1893, the old one is out the back in the museum. 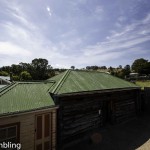 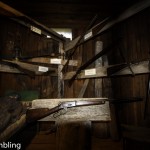 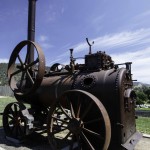 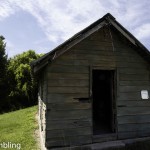 Miners hut used in the region 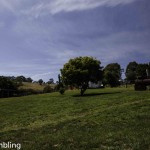 Just a few of the attractions that can be seen.

After speaking with two locals and two recommendations for the Blue Duck Inn, it had to be the inn for lunch. So we set off on the Omeo to Mitta Mitta road towards Anglers Rest, the location of the Blue Duck Inn. It was only 32kms up the road from Omeo but I think it had a hairpin bend every 50m. After 45 mins we reached the Inn, was it worth the effort? We enjoyed a quality pub meal at affordable prices, while watching the river flow past from the balcony. We have made a note of Anglers Rest as a future camping spot right on the river with the Blue Duck Inn at the end of the car park. 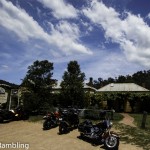 Blue Duck Inn at Anglers Rest a great place for a rest. 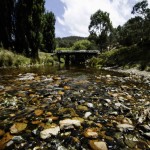 Anglers Rest on the Conbungra River beside the Blue Duck Inn

After lunch it was time to go home along the Mitta Mitta road to Tallangatta and back to Colac Colac. The road to Mitta Mitta had more bends than I have ever seen and for nearly two hours, Molly was in 2nd gear doing a maximum of 40 around the corners. We arrived safely at Colac Colac at 6pm. So we had completed about 360km with seven hours of driving, it was bed time.