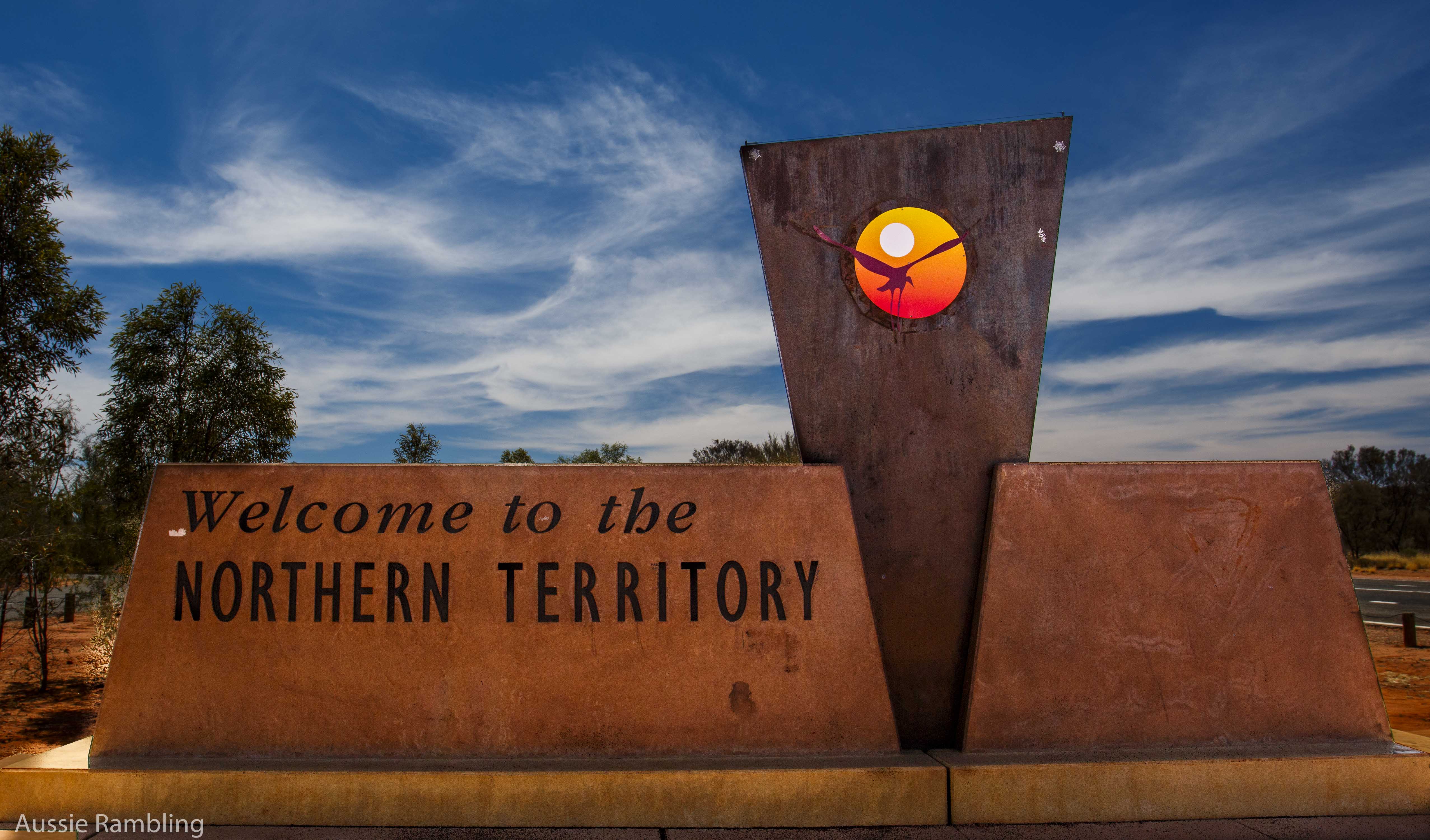 We left Coober Pedy pretty early as our next stop overnight was to be Uluru or Ayers Rock in the NT. Graham has never been to the NT and this was going to be some more reminiscing for me as I worked at the Sheraton, Ayers Rock in 1992. We had a few hours of driving before we were to get there, so we turned right and headed North along the Stuart Highway.

Our first stop was Marla for some coffee and fuel about 200 kilometres down the road. We also decided to buy some egg and bacon sandwiches, which to our surprise were served on fry bread, yummy treat indeed. After a quick breakfast for Graham anyway, we hit the road again. Our next stop was the NT border, and the iconic NT symbol. There was a short line at the wall to take a photo as everyone arrived at the same time, quite an unusual experience having to line up in the middle of nowhere. This is where we met Joel, Meg and Ethan who had been our neighbours at Woomera. 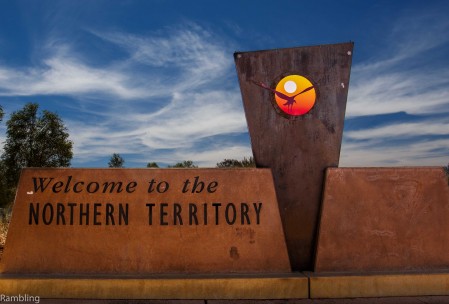 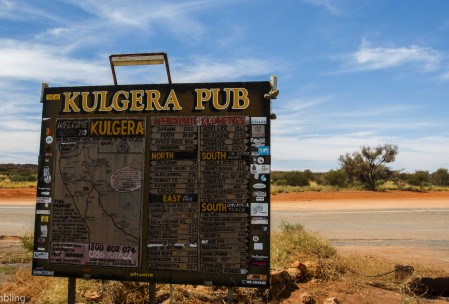 We made a couple of other stops for fuel both for the car and ourselves at Kulgera and Erldunda. As we travelled further and further north the price of diesel had been increasing and the fuel at Yulara was expected to be more again. At Erldunda you turn left for Yulara and follow Lassiters Highway. The first big rock that you see on the way to Yulara is Mt Connor, not far from Curtin Springs. We stopped at the lookout with the other tourists and tour groups. Graham walked over to the where the tour groups were taking the photos and listened to the commentary, which told him about the salt lake on over the hill on the side of the road, so he went to investigate. 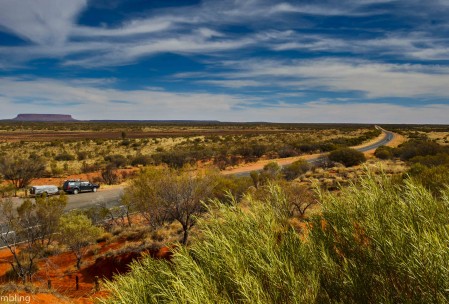 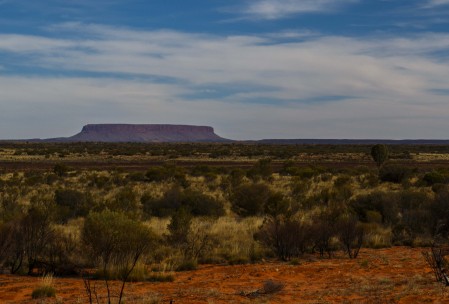 We arrived at Yulara late in the afternoon and it was hot, we had been watching the newly installed tyre pressure management system which had been reporting 45 degrees on the tyres and Molly had been reporting 40 degrees as ambient temperature. Graham set up camp and we quickly had a look at the map to find a suitable vantage point to watch Uluru change colours as the sunset. It was then time to head back to camp to cook dinner and have a chat to Joel and Meg. 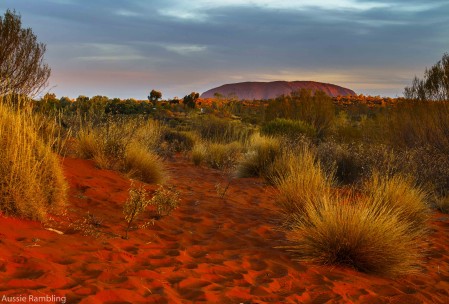