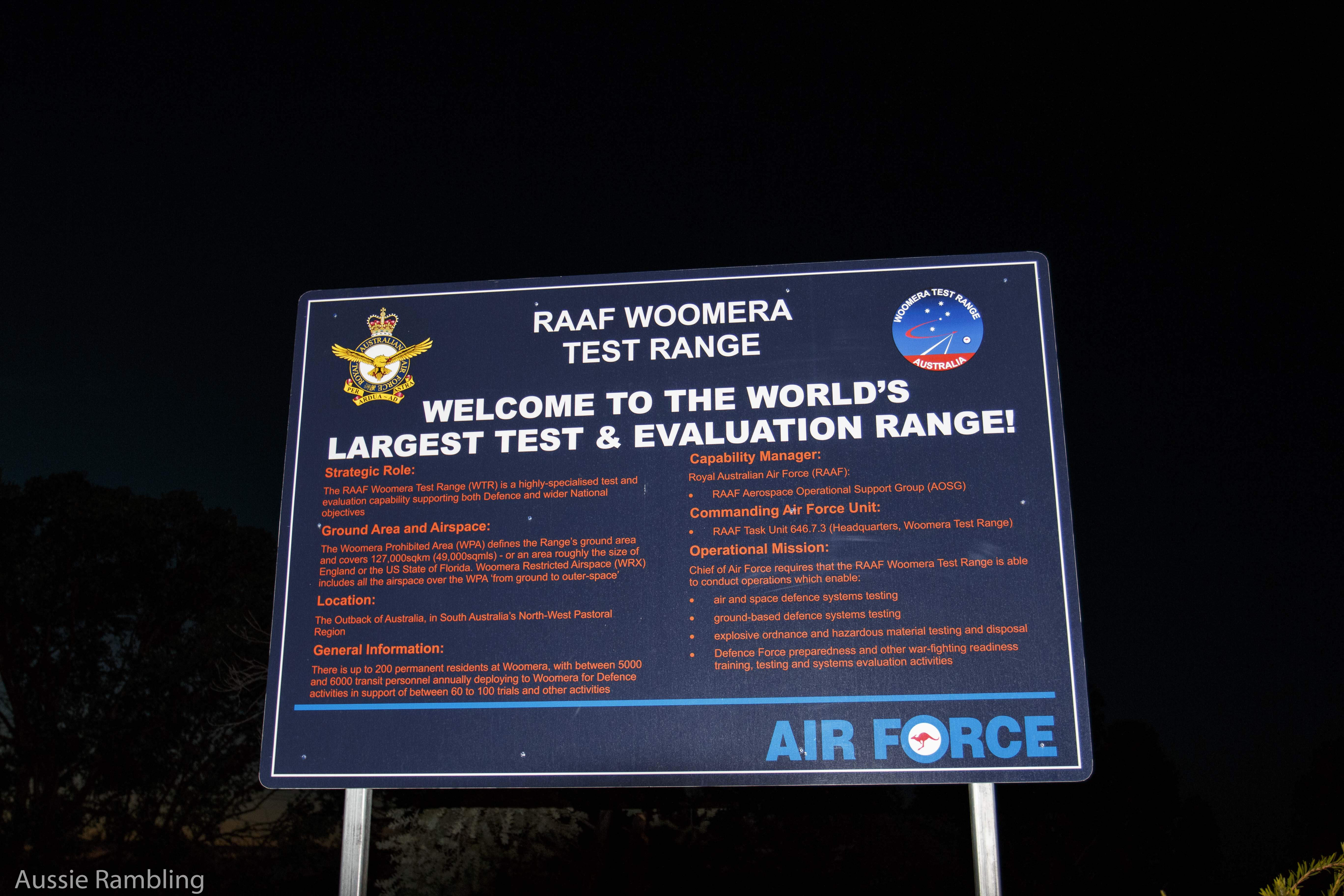 Just like a missile we were seeking the warmth, and looking at the forecast for the towns in central Australia, we were going in the right direction.  On this next leg we had to travel over the border into SA again.  As we had taken a different route we were welcomed this time by the big Dunlop arch.  You could see it grow as you got closer and then we passed under it and were in the SA Riverland, a very pretty part of the world we had explored a little earlier in our travels. 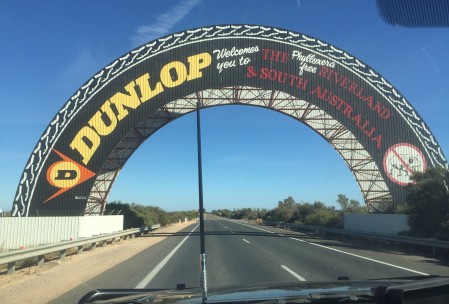 We had a fair way to go today so headed straight through to Burra where we had a quick drive around and admired some of the historical buildings and read a little of their stories.  This is the second time in as many months that we have driven through Burra and said that we need to come back and spend some more time.  Hopefully next time we are this way we will have more opportunity as this region deserves a good look  It is also the gateway to the Flinders Ranges, the largest mountain range in South Australia with spectacular scenery, and definitely an area that we need to spend some time exploring. 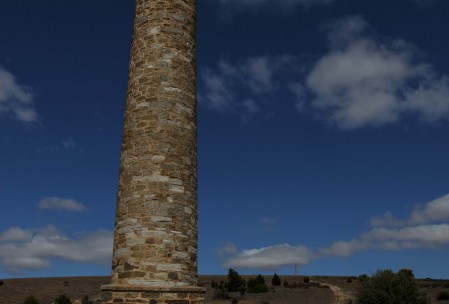 Nearing lunchtime we took the easy option and found an old country pub at Galnare Hotel  There was low cost camping at the back of the pub, and the pub does food, so this could be a reasonable place to base for a couple of days to explore the area.  We weren’t staying though as we had a fair way further to travel.  The publican organised us toasted sandwiches and a cold drink for lunch while we chatted and had a break from the road. 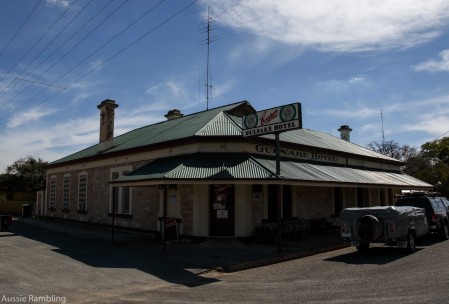 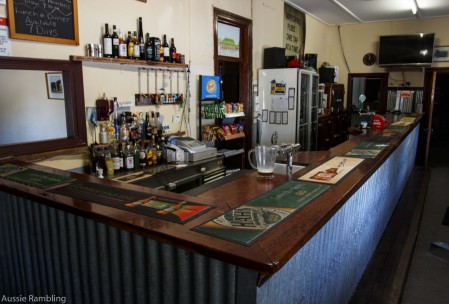 Off again and up through to Port Augusta.  This leg of the trip was bringing back memories for me as I had done the trip up the Stuart Highway many times, the first few with my parents before the bitumen had been laid and the highway was still a corrugated dirt track, and sometimes a muddy lake.  Then after when the course of the road changed slightly and new fuel stops grew in the middle of nowhere to service the growing traffic.

It is a long way up the centre of Australia, but although sometimes the drive is boring, we always find things to talk about and love to look out and admire the landscape, and watch it change as we travel through different regions.  Driving along we also try to make sure we take regular breaks.  This is made a lot easier when there are things to look at, and as we drive along there are a number of roadside stops that offer photographic opportunities as well as some offering toilet facilities, and shade to have a rest under.  We passed a stunning view of Island Lagoon, a salt lake with islands rising up from the salt floor like small castles made of pale sandstone.  The white salt, the creamy sandstone and the reflection of the sun made the view appear to shimmer and appear magical.  This was an unexpected moment during our travel, we love moments like this.  We also did some train spotting, and were staggered at the length of the train and how much freight it must be pulling, it seemed to go on forever.  I did try to capture a photo of it but it doesn’t really show the enormity of it.

We were not going to make it to Coober Pedy today so were tossing up where to stay, and I decided that we needed to go to Woomera.  This is a little way past Pimba, which is also just off the highway, but I was curious to see it now.  When the old dirt road had run directly past Pimba, we used to stop there for fuel.  It was run by Spud and Spud had a camel that we used to get out and have a look at while we were there.  Spud’s roadhouse is still there, although now a different beast.  Many of these outback roadhouses are staffed by backpackers who are travelling on holiday visas.  There is a clause if you work for a period of time (might be three or four months) in a designated remote place then you are able to apply for an extension to your visa, so the backpackers get to taste a unique lifestyle for a number of months, and the remote areas are able to source staff, although transient.  Spud’s Roadhouse offers free camping at the roadhouse and other travellers tell me that they provide pretty good meals too, but I had my heart set on Woomera, so we travelled the extra 7km down the road and setup camp just in time to wander down to the bar at the caravan park (what a fabulous idea!) and watch the sunset while chatting to some of the locals.  We can actually recommend the bar, the beer was cheap at $4 per can, and nothing beats a desert sunset, and the locals were friendly. 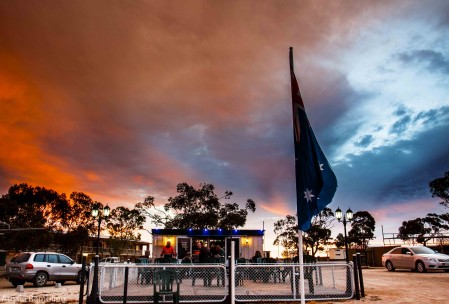 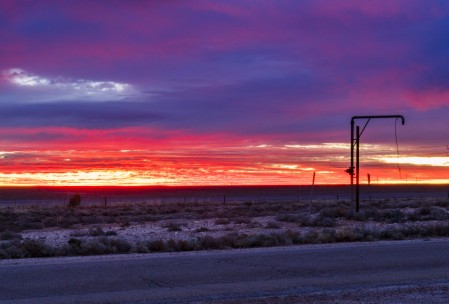 In the morning we headed into the actual town of Woomera.  The town is still run by the Department of Defence and has a slightly eerie feel to it.  The feeling stems from the fact that the town is rather large and not as inhabited as it was when it was built.  The buildings are all dated but immaculate, as the streets are pristine, but although we saw some cars, there didn’t appear to be any people around and it wasn’t overly early.  Woomera the town sits on the edge of the Woomera Rocket Range or the Woomera Prohibited Area, which is a huge piece of land. The range covers 124,000 square kilometres, and is the largest in the world. The area is also rich in resources with an estimated $35 billion to be mined. There is an outdoor museum with items that have been developed or tested at the rocket range. 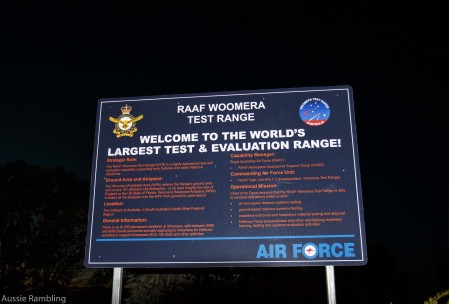 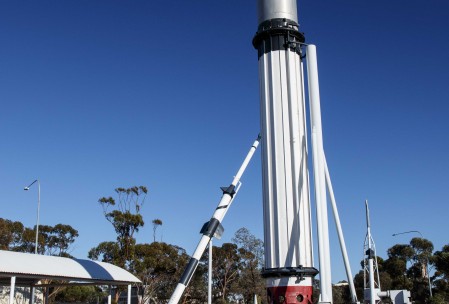 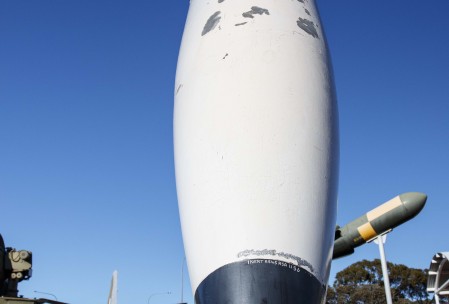 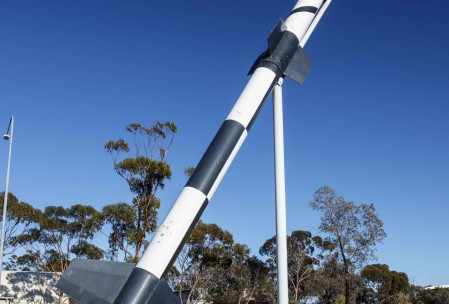 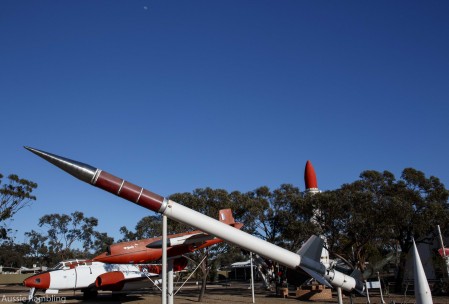 We didn’t hang around too much after seeing the town as we wanted to make Coober Pedy in good time to allow us to do some exploring before dark.

We were again lucky with some beautiful scenery and stopped at Lake Hart where Graham got out and stretched his legs and wandered right down to the lake.  This was also a designated overnight free camp, so something to keep in mind if you are ever up this way, it would be beautiful in the morning to wake with the sun rising over the crystallised white salt flakes and reflecting the colours of the sky. 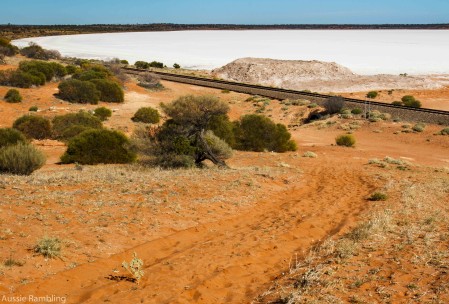 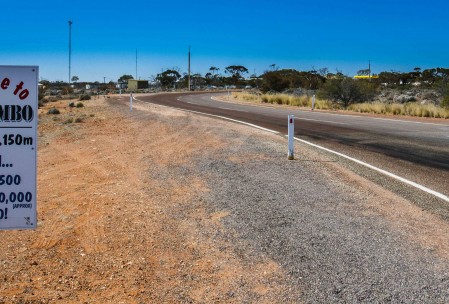 As we approached Coober Pedy the scenery changed dramatically and was dotted with dumps of sandstone of differing colours that were the remnants of the mining operations that had been going on here for 100 years this year.  We were greeted on the outskirts of town by a ‘Blower’ announcing the town name.  A blower is a common mining machine that actually sucks (rather than blows) and acts as a vacuum to pull dirt up through its pipes from underground and releases it from the bucket at the top and dumps it in a pile, which is how most of the piles of dirt on the opal fields are produced, and are what blight (some might say decorate!) the landscape for many miles around.

We had arrived in Coober Pedy. 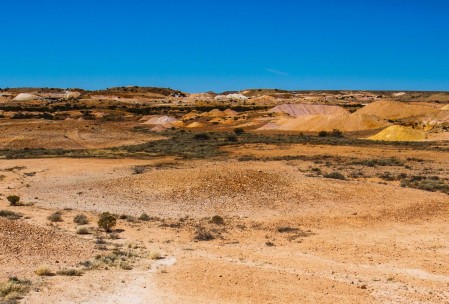 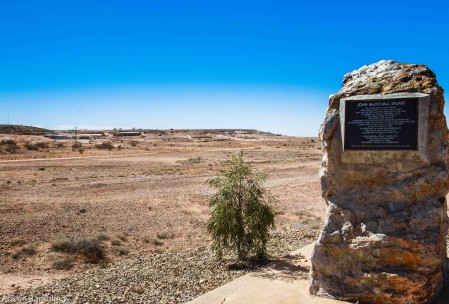 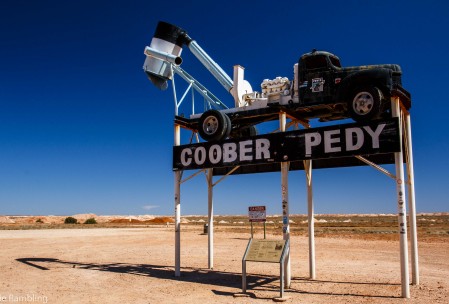