Next stop Woodgate, known for it’s pristine white sandy beach, surrounded by National Park, and prolific quantities of birds and wildlife. It is also where Grahams parents have now chosen to call home, and a very nice place to visit.

We were not so lucky with the weather though and didn’t manage a swim, but there is always next time for that. It was great for us to spend time with the family, and we had timed it nicely as Graham was able to give his dad a hand in the yard with a new paved area. We also had a decent feed out at the Bowls Club but although we bought tickets in the weekly draw, we were not lucky enough to come home with any of the meat trays.

We also managed to have a bit more of a look around along some 4×4 tracks out in the National Park. Graham has been able to travel to visit his parents a few times over the last few years, but it had been a bit longer for me, and the area has a lot to offer and explore, so again we only had time to scratch the surface. 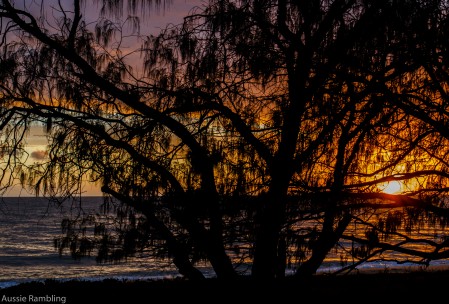 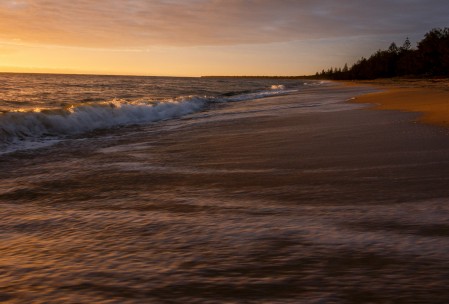 Not a long enough stop, and again we were hopping into the car and heading in a rush all the way back to Melbourne. We stopped for one night and then arrived at my parents at the end of the Easter break, just in time for Matilda to be fixed. We also required a quick shop for some warm clothes. It had been quite a while since we had to rug up and the few items we have were in the trailer which we didn’t want to open until we got it to the repairers. Melbourne felt very cold!

The team at Outback Campers were great. We left Matilda with them while we went visiting family. The canvas had shrunk a little more than expected which had caused the issue, so they sorted it all out, repaired her, and gave the whole trailer a once over, some slight adjustments and a grease just to make sure that everything else was all good. Graham and I were happy we had made the decision to bring her back to be looked after. She is a big investment for us, and our home, and we want to make sure that she is looked after as well as possible so she lasts and is able to take us to all the places we want to go on our big adventure.

Now how to we get warm and back on track for Darwin? We only spent a very short while in Melbourne and didn’t manage to catch up with everybody we would have liked to see, but there is always next time, or they could come and visit where we are!