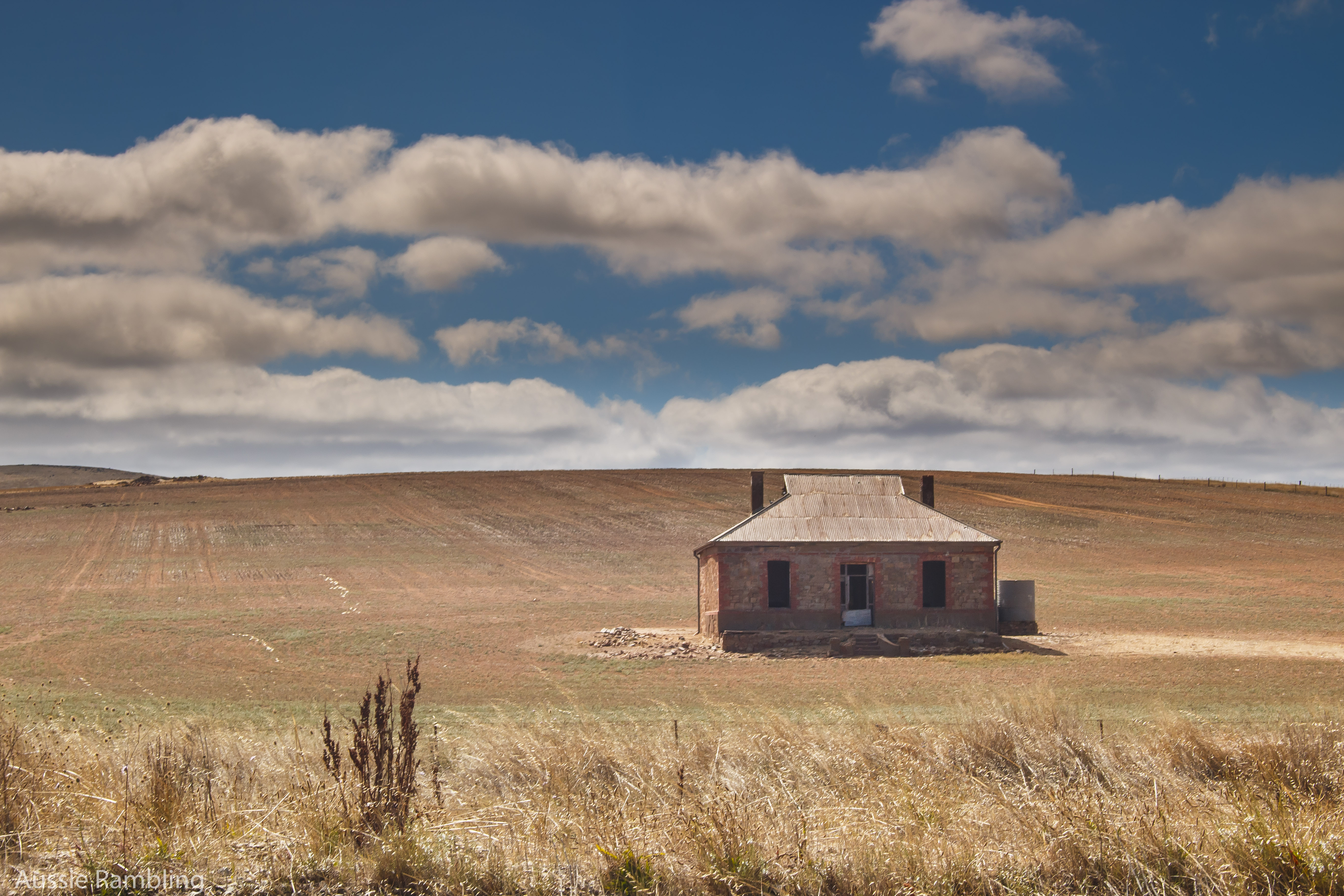 After another chilly night in Hahndorf and a lovely dinner with our family, it was time to bid Adelaide farewell. We have changed our plans which were originally to head up the centre of Australia to Darwin. Our end plan hasn’t changed in that we are still planning for Darwin, but we are detouring to Queensland to visit and celebrates Mum’s Birthday.

So in the cold morning we pack up Matilda with very cold hands and numb fingers which made it difficult to fit the travel cover and ensure the press studs are secured. We started packing up in the twilight of the morning and finished just after sunrise, headed down the mountain into Adelaide and headed for Broken Hill. We expected to spend about 6½ hours in the driving seat today. We fought our way through the Adelaide traffic and towards Burra.

Burra is another old mining town, unfortunately with the changing of our plans we weren’t going to be able to explore the town, but decided to mark it with a definite to come back too as we also want to explore the Flinders Ranges.  Karen was singing away in the passenger seat, ‘On the road again…’, when she suddenly remembered that the ‘Midnight Oil’ house was at Burra and we were going to pass it.  She couldn’t remember any full Midnight Oil songs to sing though, so I had to find a radio station with songs on it that she knew to distract her.  The Midnight Oil house is one of the many abandoned ruins that are scattered around the South Australian countryside and this particular one was photographed for the ‘Diesel & Dust’ album cover, and won an award for the best album cover for the year it was released.  So we had a quick stop to admire it. 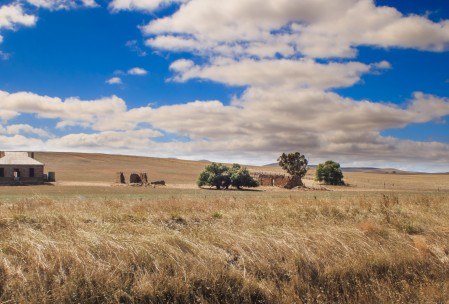 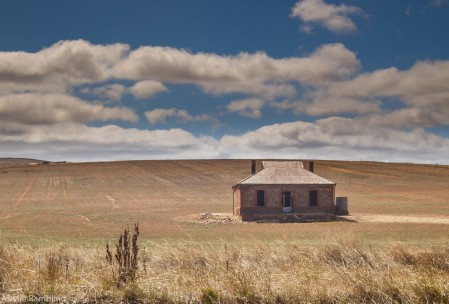 Back in the car, for more white line watching, while those miles passed under our wheels. On the back of the father in-laws car is a sticker that asks ‘Where the hell is Yunta?’. So when we passed through Yunta, we gave him a call to say that we had found it.  The highlight was crossing the South Australia/New South Wales Border, a quick picnic lunch on the tailgate, and then finally arriving at Broken Hill.

We pulled up at the caravan park at Broken Hill and were very disappointed.  It was so busy and many of the sites were tiny.  We were allocated a site that allowed us to set up Matilda with the edge of the drawbar nearly hanging over the road and not enough room to put up the awning or to park our car.  We were very lucky that the people around us were all really lovely, and also a bit taken aback at the ‘cosy’ grouping, so we made a few new friends, got some recommendations for places to see in other parts of Australia, and generally had a lovely time.