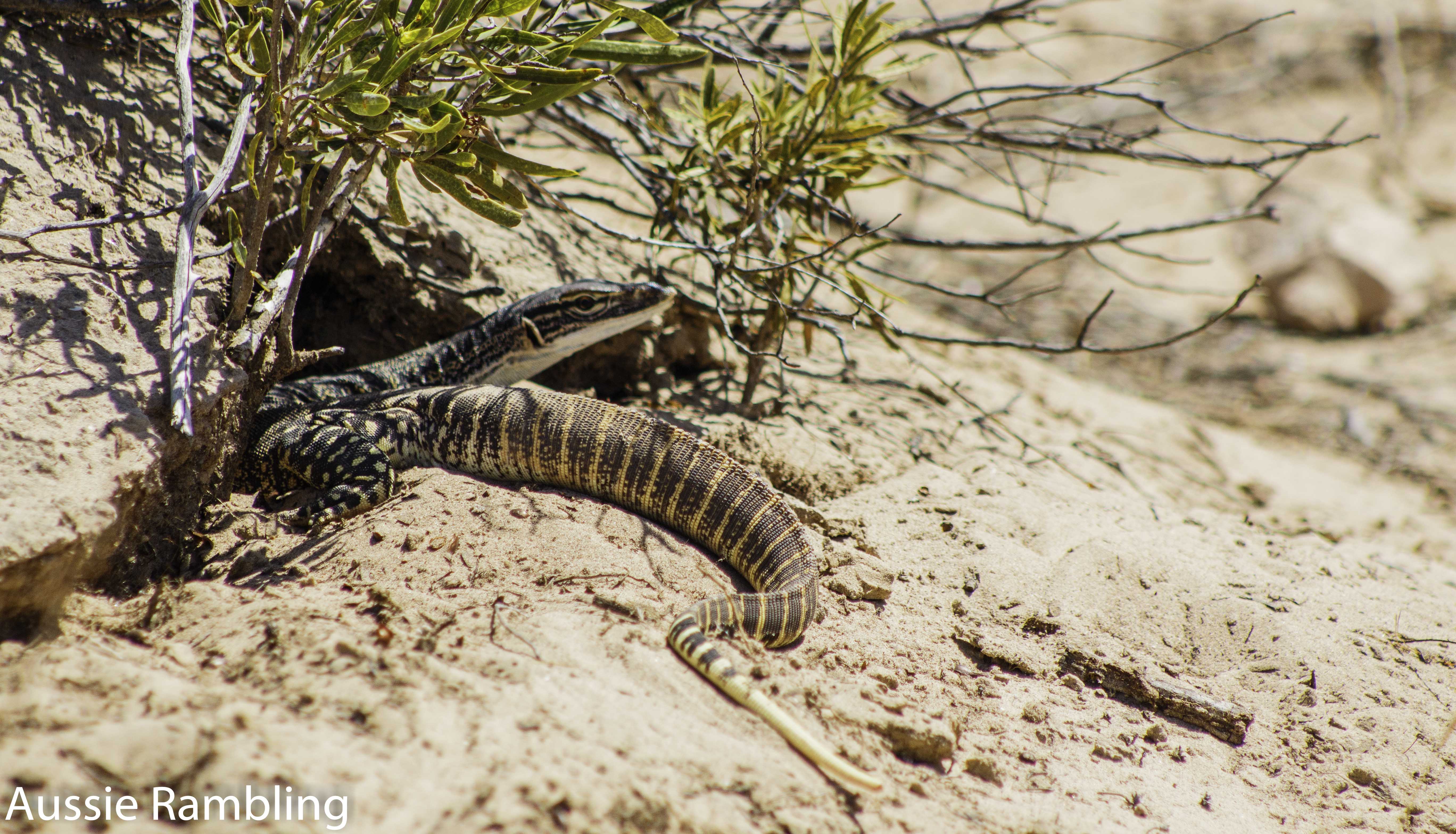 After a very restless sleep after having some very strong gale force winds buffeting us all night, we had a bit of sleep in and headed down the coast. Our plan was to stay as close to the coast as was humanly possible.

So we left the caravan park and followed the signs for Port Hughes, it is just a short drive down the road. It has another pier and beautiful white sand in amongst the rocks. Port Hughes was where the Moonta Mine would pump the sea water form to aid in the separating the copper. The copper was taken by a horse-drawn tram from the Moonta Mines to the pier at Port Hughes for shipping. 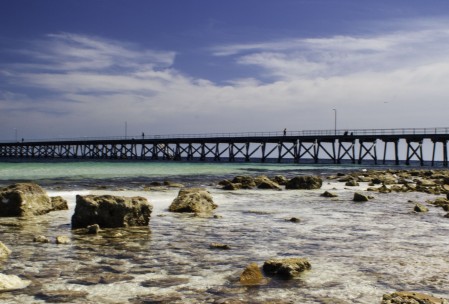 After a quick morning tea, we continued our way down the coast following the coastal dirt roads, where we had a good look at some very popular free camping spots just over the dunes from the beach. As we continued to head south, we came across a Sand Goanna as I was coming back from taking some photos. He scared the living daylights out of me, as I couldn’t see his legs and he looked like a very large snake. As I got back in the car, it looked like I had lost the lens cap to the camera, so went back exploring the beach only to find out it had fallen off in the car. By this time the Goanna had come out of his hole and was walking around. 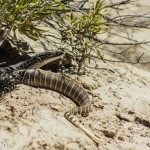 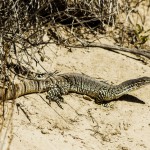 Continuing down the dirt roads we reached the pretty little town of Balgowan, which has a natural harbour that has been supplemented with a break wall. Lunch was a very simple affair, as we soaked in the view of the red cliffs, white sand and the crystal clear water. The wind started to blow again so it was time to keep moving on and continue to the south. 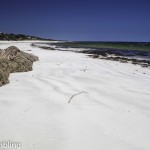 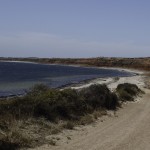 We drove past Point Pearce and down to Port Victoria. Port Victoria is another old port town, that has a huge jetty. The town has a maritime museum right on the jetty, unfortunately it was closed. The town has a really old pub that is right on top of the hill and the main street is rather grande with wide streets and lots of old stone buildings. 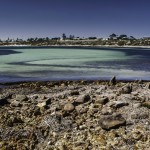 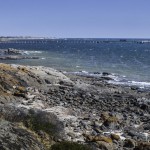 It was then time to travel back to Moonta via the tarmac to watch another sunset and talk to the neighbours. 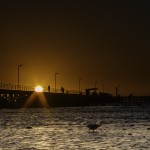 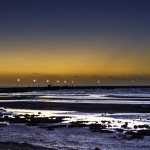