We awoke to another Adelaide sunny day; it was going to be a stinker with the expected top in the low 40s. The night had been warm with a strong wind blowing across the camper forcing us to make sure we had the windows closed, so that we didn’t blow away.

After being at the caravan and camping show yesterday, we had spoken to a couple of the reps from Rhino Roof Racks, who had helped us out to understand the possible configurations for their Pioneer Platform. So we went to Roof Rack City at Blair Athol, who hooked us up with what we were looking for as a combination at a price we were happy with. They then organised a time to fit it in the afternoon, we were absolutely stoked.

It was already heating up so we headed over to the Maritime Museum at Port Adelaide. We chose the museum as it was air conditioned and is a must see in Adelaide. The Museum is the oldest Maritime Museum in Australia and started in 1872, so we were expecting it to be pretty good. We found a shaded spot to park Molly, and went into the old building.

After you have paid your money, which is very reasonable at $10 per adult, we got a discount as we had a voucher out of the entertainment book (Thanks Greg). You enter through the glass sliding door into the Museum and into the cool, and the first thing you see is a full clipper in a dry dock within the building. The museum has special displays on different topics, at the moment it is on medicine at sea in the 1800s, there are some ghastly outcomes displayed. To help the kids to understand they have a stage show aboard the ship, to explain the different ailments and how they were treated. One of the scariest things I learned was that surgeons of the time got paid less than the chefs and usually had a lower rank, mind you the most common treatment was to bleed your victim, sorry I meant patient. They have a large number of artefacts that show what the travellers of the 1800s, endured. Cattle Class today looks pretty good really especially considering it is a day or two and not the months that they were at sea. The museum has plenty of other artefacts that celebrate life in Adelaide over the last 150 years. 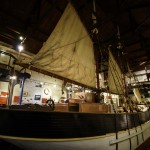 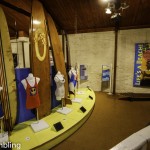 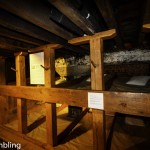 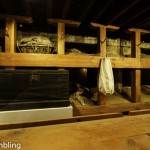 It was time for a late lunch, so we made our way to the First Commercial Inn. It was one of the first pubs that we had spotted on the way to the Museum. We wandered into the bistro and looked at the menu. The menu had a good selection of meals at the cheapest prices we have seen in quite a while. We had two meals and a couple of beers for less than $35, and it was pretty good for the price. We admired the old buildings as we went back to Molly. 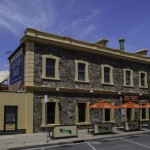 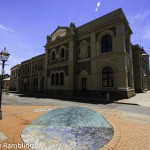 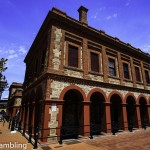 After lunch, we went back to Blair Athol and Roof Rack City to have the roof rack fitted, they had it for an hour to fit the platform, the awning and the shovel holder. We went back to camp to cook some dinner and then decided to watch the sunset from Mt Lofty which is the highest point in Adelaide. There was quite a crowd to watch the sunset, which we unfortunately missed by 30 seconds, but we still took some photos. 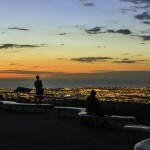 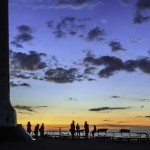 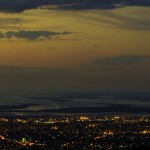