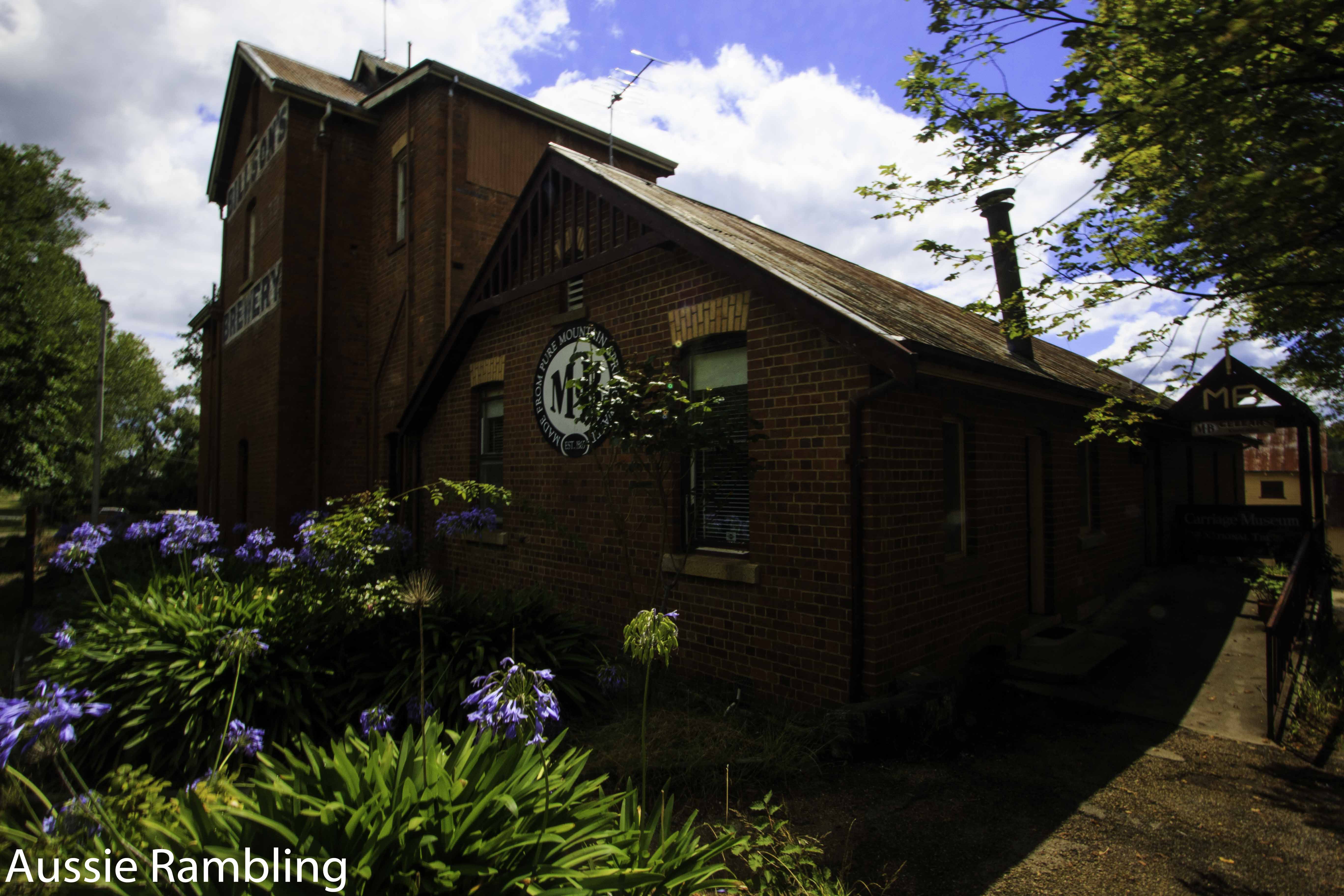 After a night of moderate to heavy showers, and a rising creek on the other side, we awoke to a pretty grey sky. So we planned to stay pretty close to home and the creek had already started to drop, so we though a day out at Beechworth was a good idea.

On the drive from Yakandandah to Beechworth, Karen spotted another brown sign for Woolshed Falls, so down the rabbit hole we go. With the rain from the previous day the falls had plenty of water to display their immense power. The falls had been used in the gold mining and had a water race created at the top of the falls to bring additional water and the miner use to sluice the pools on ladders to extract more gold from the country side. It would have been hard and dangerous work, hanging from the ladders in the cold water. 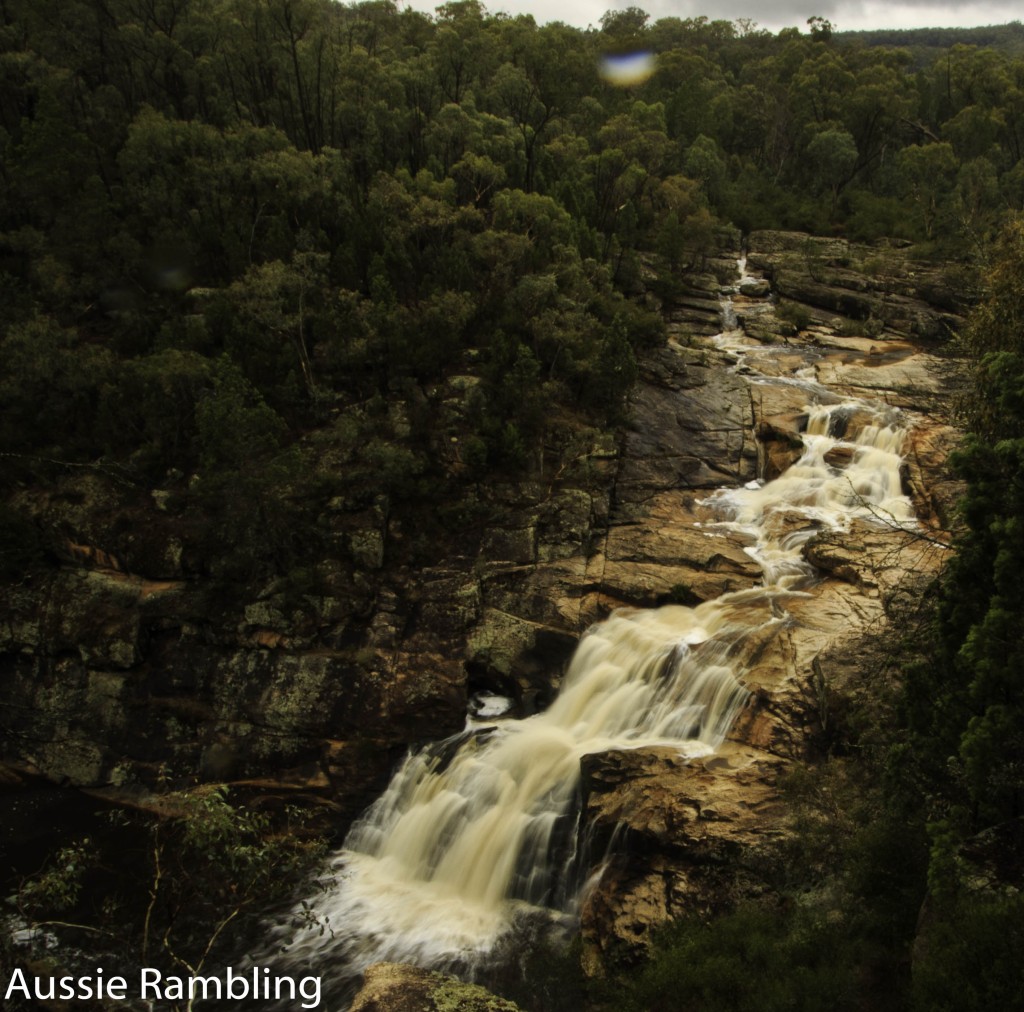 Woolshed falls taken after heavy rain. Used to be used in sluicing for Gold.

After a quick bite to eat at the famous Beechworth bakery, I went for a walk around town and Karen went to the Bridge Road brewers to get another tasting paddle. Karen did limit herself to only trying 6 of the 15 beers that were available. Below is a few photos around town. 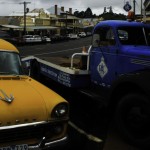 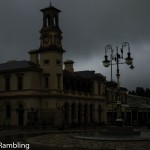 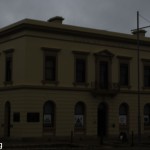 The old bank where nearly all the gold discovered in Beechworth was assayed. 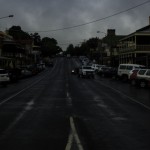 A random shot of the main street of Beechworth on a wet morning.

We then went to Sambell lake for lunch. Sambell lake was created as a fantastic reserve using a similar approach to Allen’s Flat, dredge the area and then fill it with water. This has left a fantastic area for the community. If you look closely at the photo you can see the gold diggings on the far side of the lake. Again it was raining or threatening to rain so it was time to make tracks for something that is more indoors in the majority.

Sambell lake is another by product of gold dredging in the high country.

After lunch off to the historic precinct of Beechworth, which is filled with interest. Beechworth and the surrounding areas were the area in which Ned Kelly was located. So a number of the historical buildings had links to Ned and his mother, as well as the Police that were after him. The precinct is based around the old Police area and has many of the buildings intact, and unaltered. The telegraph station is the busiest in the world as it still sends telegraphs. 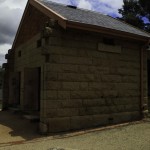 Beechworth historical precinct, this is the gaol that Ned Kelly was held in as well as his mother Ellen. 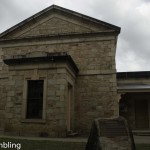 Beechworth Historical Precinct, the court house that Ned was tried. 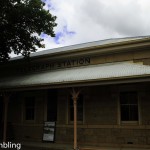 Beechworth Historical Precinct, Busiest telegraph station in the world as it still sends them.

We needed to sit down for a few minutes when Karen spotted a sign saying Brewery, and proceeded on her merry way to the building. She was bitterly disappointed when she got to Murray Brewery as it didn’t do it beer, but in fact it was cordial. Her disappointment was short lived as we made our way round the old brewery and marvelled at their museum of beer and horse coaches. The building was also filled with character, with the beams for the building being 60ft long and transported all the way from the UK, strapped to the hull of the ship. It then took them six months to transport the beams from Melbourne to Beechworth using bullock teams. We ended up buying 4 bottles of cordial in some unusual flavours that just worked. 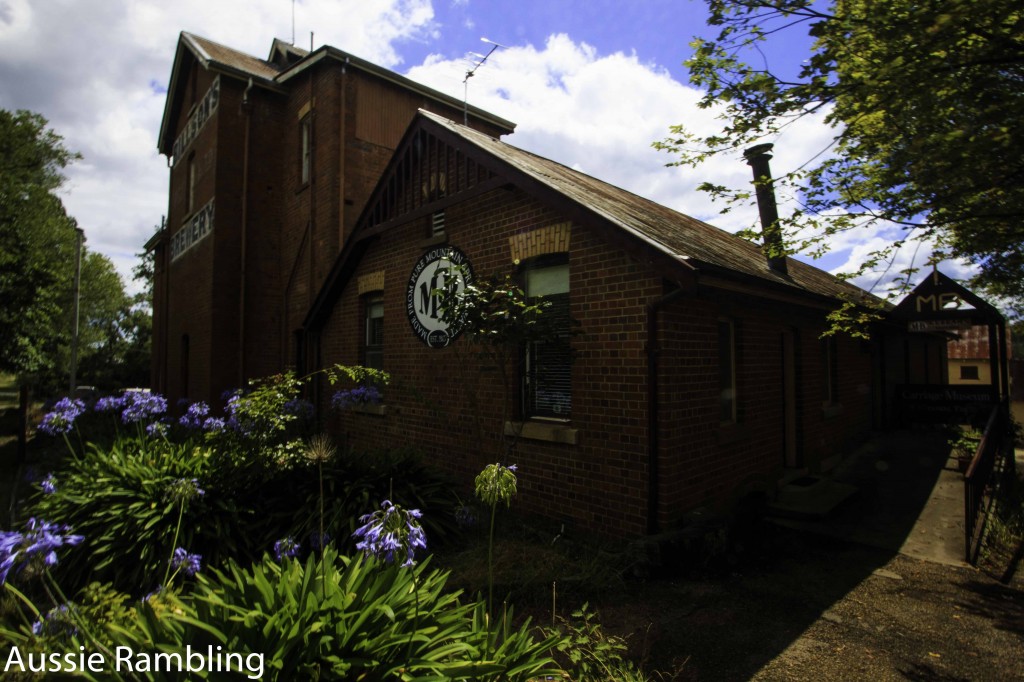 A picture of a fantastic brewery that makes cordial. Fantastic museum of brewing equipment and old stage coaches.