Karen had spotted a brewery last night on our drive Goolwa. So today the plan was to go to the Brewery, have a look at one of the five barrages and a drive around Port Elliot. So it was a leisurely start to the morning, so that we could complete a few last minute jobs. The good news is that the coolant level in Molly seems to be resolved, so we will just put it down as anomaly but will continue with our existing checks.

So we travel the small distance to Goolwa and went to the historic wharf. The historic wharf is dwarfed by the bridge to Hindmarsh Island. The wharf has a number of attractions including the brewery, a paddle steamer, the cockle train and a couple of cellar doors. Karen was like a kid in a candy store.

First stop was the Steam Ranger Brewery to try a couple of beers. The beer tasting was sold as individual samples, so Karen only selected three of the four beers that they offer; she is not a fan of Stout. The pale ale was Karen’s favourite beer, but she decided not to buy any. The building is very interesting to have a look around and you can see them brewing and bottling beer. Apparently it is not uncommon for them to be bottling beer on the Friday for the Weekend sales. 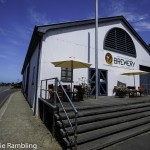 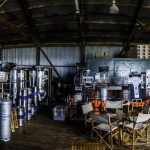 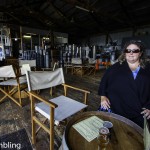 Unfortunately we were at Goolwa on Thursday and the Cockle Train only runs on Wednesday and Sundays. So we have made a note to catch the train when we comeback to visit Victor Harbour, as we don’t have this time this week. We then had a bit of a walk around the rest of the wharf looking at the paddle steamer Oscar W which was built in 1908. Apparently it was a difficult ship to Captain and was still in use as a work boat until 1959. Karen decided to skip the two cellar doors and we cooked some lunch on the BBQ, chatting to some of the locals. 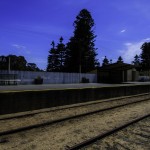 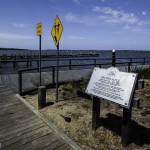 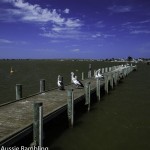 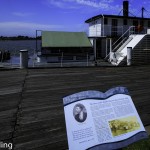 Then onto the barrages to have a look at what keeps the salt water out of the lower lakes. Just like the rest of the weirs and locks there has been plenty of wildlife, usually this has been Pelicans and Cormorants. When we arrived at the barrages there was another lock, but sitting on top of the lock was a couple of seals, just lazing around sunning themselves. The pelicans were happily feeding on the lower side of the barrage again and there was plenty of bird life around the lakes. 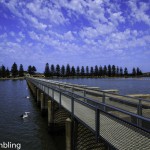 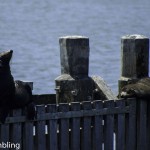 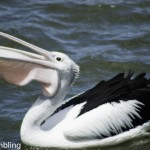 We took a drive around Port Elliot and admired the scenery, before making away back to camp so that we could watch the sunset at Horseshoe Bay. 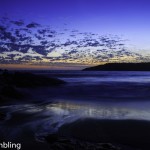 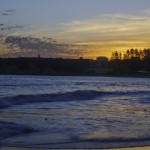