Lazing around at Port Elliot

It was an early start to take some photos of the sunrise. The sunrise was absolutely beautiful, overlooking Commodore Point. We decided to have a day to catch-up on the blog, as we hadn’t updated the blog for nearly a week. 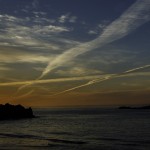 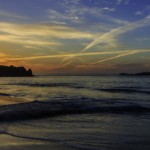 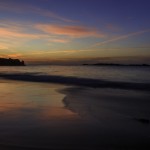 It has been a month since we left Phillip Island. In the month we have travelled to the High Country and followed the Murray River its entire length as measured. The Murray River is the third longest navigable river in the world, and the basin that feeds the river covers Queensland, New South Wales, Victoria and South Australia.

We have thoroughly enjoyed travelling the length of the Murray River; it has been a great experience. There is so much to see and the scenery changes so dramatically along its length. It starts off in the mountain country with lush green grass and steep hills to the arid land of South Australia, where it cuts through the rock leaving substantial cliffs.

After spending the day reminiscing, we went to the Corio hotel for dinner. The food was pretty nice but the history in the pub is excellent. The hotel was established in 1858 and has been involved in plenty of stories. The inside of the pub has plenty of character and the chairs and tables celebrate the age of the pub.

Some interesting facts that we have learned about Goolwa, is that the area had the first public transport system in Australia. It was a horse drawn tram between Goolwa and Port Elliot; it was used to carry passengers and freight. Goolwa is now a tourist town but was previously a port town with shipbuilding, paddle steamers barges and railway. The lake at Goolwa is fresh water as the series of barrages stop the sea water mixing with the fresh water.