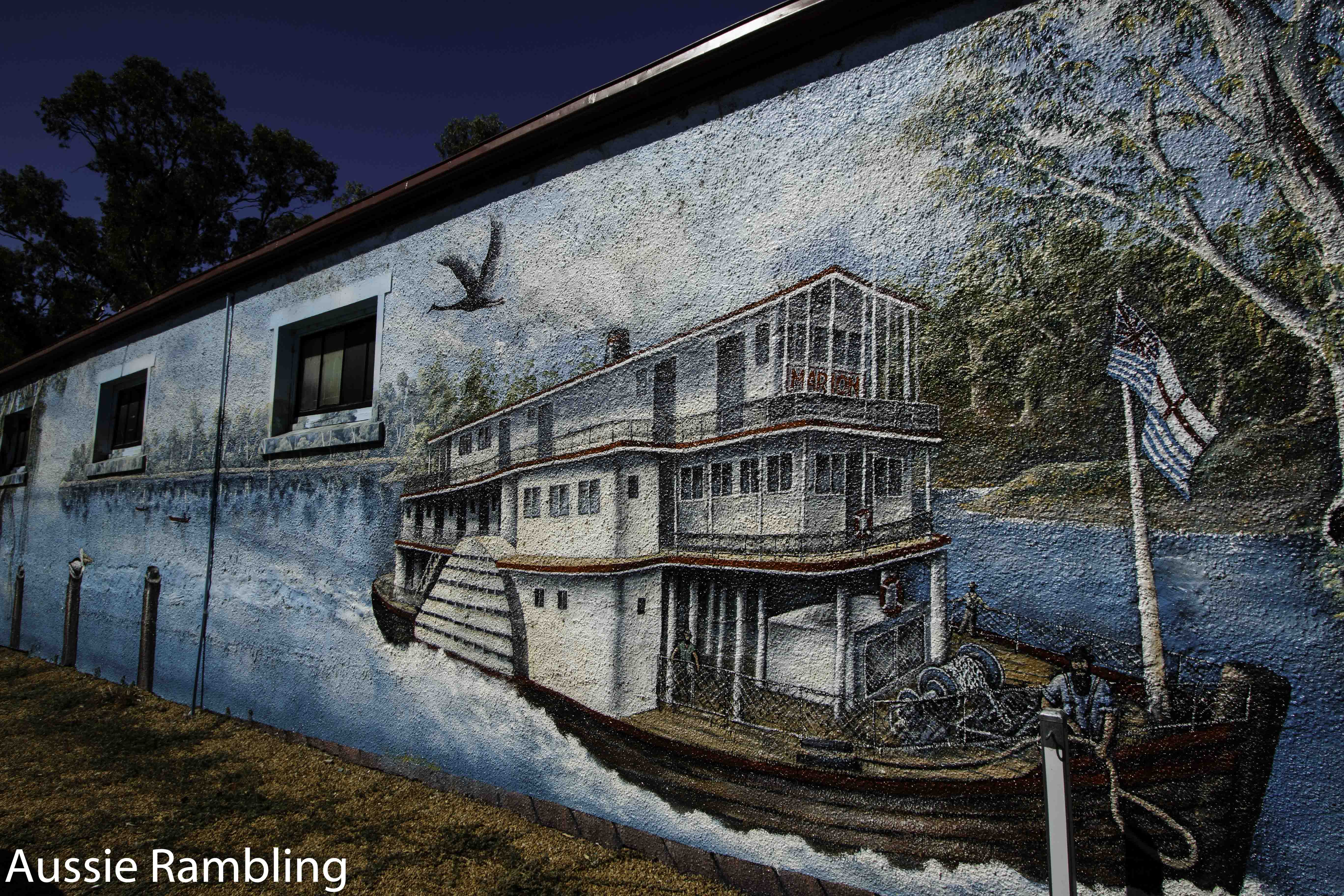 This morning while were having breakfast, we spotted a very plump bird that was running 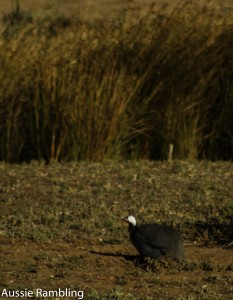 through the grasses digging holes in the ground. Neither of us had seen the bird before so we checked Google, which allowed us to match a picture. The bird was a Guinea Fowl.

So we went for a drive along the back roads to Mannum, where we met a farmer who was telling us about the area. They had been farming at Murray Bridge for over 40 years as a dairy. Unfortunately they are no longer a dairy farm, because of the lack of water to irrigate the grass for the cattle. There a couple left in the area but not many.

After completing the 50 odd kms to Mannum, we parked and had a walk up the main street. The street is full of old building and murals. Again we avoided the temptation of the chocolate shop, a few more brownie points for later. The town was established in the 1850s and still has many of the buildings from the era, including the old flour mill which is now the hardware store. It also has an interesting history as the first steam car with a differential (this helps us drive around corners) was built at Mannum. 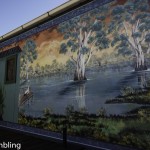 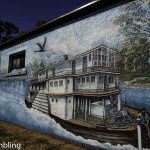 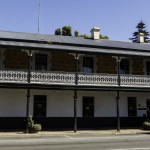 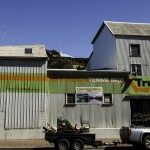 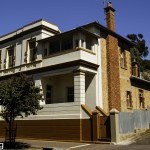 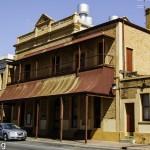 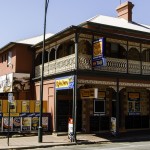 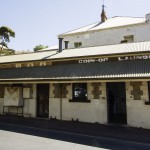 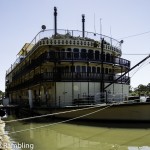 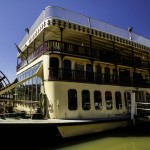 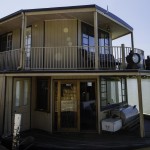 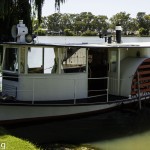 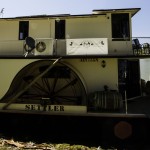 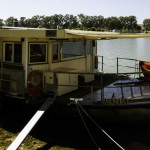 We headed back to Murray Bridge making a detour past the Mannum Waterfalls. I did the walk to double check there was no water, unfortunately it was only pools and not running, but after a good rain, they would be pretty spectacular. Calloote was where we had lunch, it was just down a little road that had a beautiful atmosphere and we watched the birds for a little while. 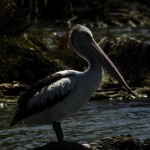 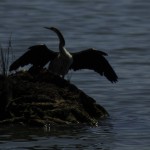 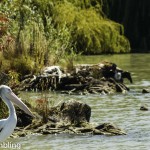 After quelling the rising hunger, we made our way into Sturt Park at Murray Bridge, to take some photos. We stopped under the old railway bridge to keep the car out of the heat. When we looked up there was 100s of Correllas under the bridge. So we moved the car under a tree around the corner. When I first started taking some photos of the beautiful park something scared them and they moved to the tree above the car. Then there was me running back to the car like mad men, yelling to Karen to close her door. The Corellas were making a mess of the car, so we left the park and gave Molly a wash to remove all the traces of the birds. After that we went back to the caravan park to have a quiet drink with the neighbours and watch the sunset. 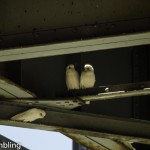 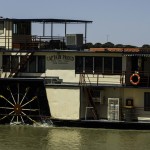