On a much cooler day, we pack up to continue down the Murray. Karen has chosen the path for us to follow today. We leave the caravan park and board the waiting ferry to cross the Murray. This is the first of many times we will cross the Murray today.

After travelling at a nice leisurely pace for about 45 minutes, we reach Blanchetown. Just before we cross the bridge into Blanchetown, we took a little detour across the top of the cliffs. Blanchetown is the home of Lock 1 on the Murray; it is a big wide weir that had a lot of bird life. The birds find it very easy to catch dinner, and sit there for hours.

We continue to head south following the river, which changed to a heading of nearly due south at Morgan. We pass through many little towns like Swan Reach and Bowhill, where we had lunch right on the river. The general store is actually in a de-mountable building but has everything you want, including the hot chips that we purchased. Along the road between Swan Reach and Bowhill there is a lookout aptly named big bend lookout, as it is a big bend that has huge cliffs towering above the river. There are also quite a number of ruins along this part of the river.

We continued following the river where we hopped on the ferry to cross the Murray into Mannum. We stopped and admired the Marion an old paddle steamer, moored beside the Ferry. It was starting to get late so we headed Murray Bridge to set up camp. 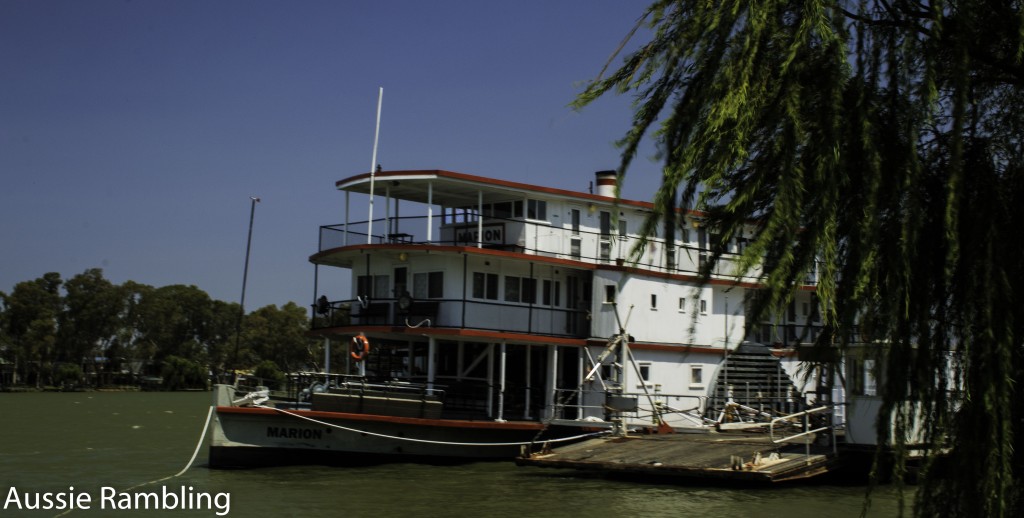