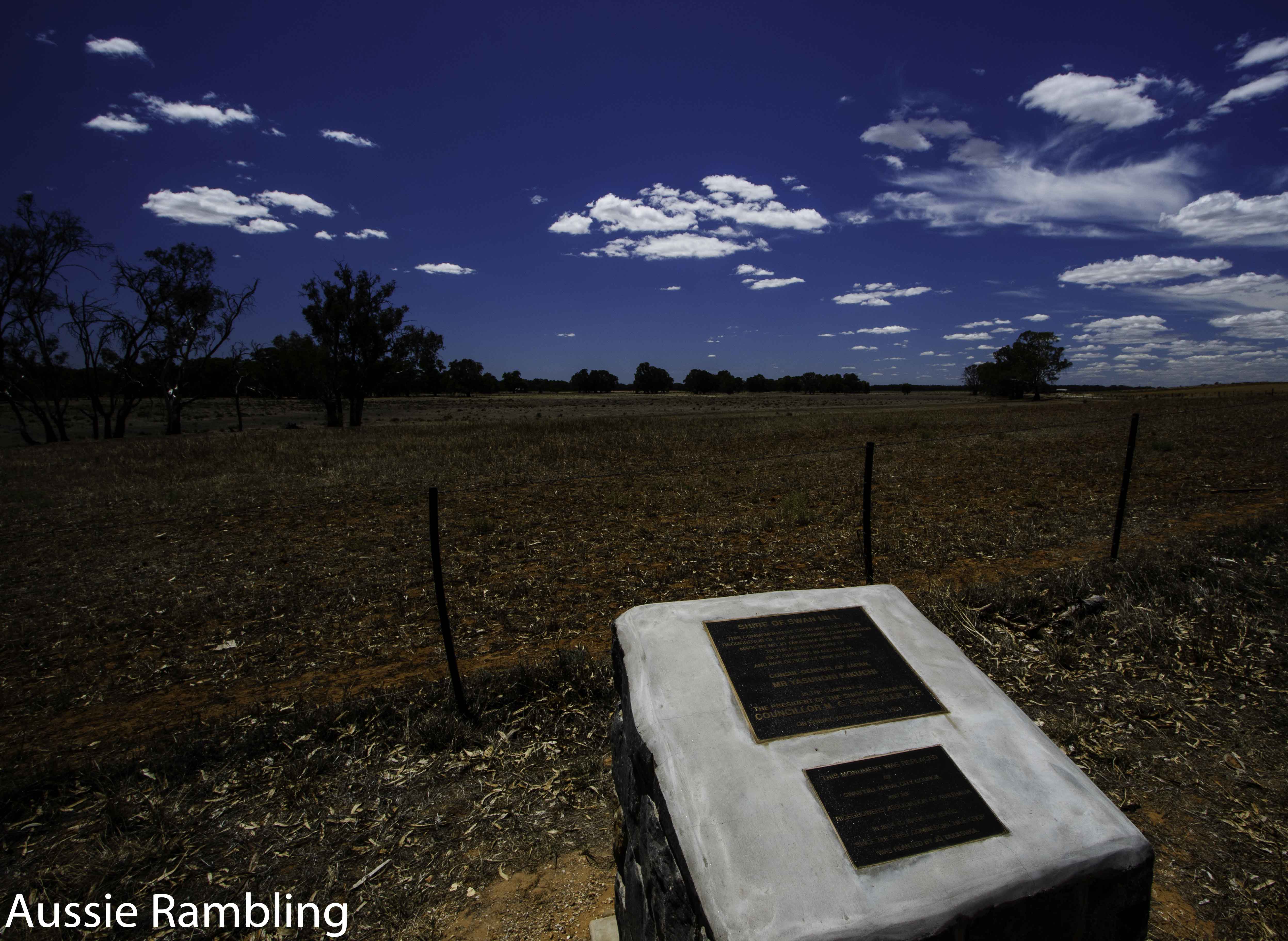 It was an early pack up, our fastest yet. We were all hitched up just coming back from having a shower and our next door neighbour wandered across to have a chat. It was a really interesting chat and the adventures he had riding his motor cross bikes in the desert. Well after an hour of chatting it was time for us to hit the road. We didn’t have a plan as to the final destination as were going to take our time.

We bid farewell and set off down the Murray Valley Highway, it’s the B400 for anyone who is interested. Well we hadn’t breakfast before we left, so we had planned to stop at a bakery or another takeaway.

Our first stop for breakfast was at Cohuna, beautiful little town that is set on Gunbower creek. You’ll know when you reach the town it has a huge water tank with Cohuna written on it. So we stopped at the little takeaway for some egg and bacon roll, a hearty traveller’s breakfast. We took a drive over to Gunbower Island to eat it and watch the world go by. 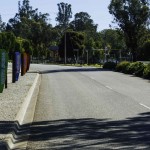 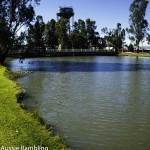 As jumped back in the car, Karen has started singing ‘On the Road Again’; we leave Cohuna and continue on the highway. Our next stop is at the Ibis Rookery just outsi

de Kerang. It is purported to be the largest in the southern hemisphere. At the rookery they have built a fantastic bird hide, for viewing the wetlands. After visiting here, I have put in a request to the minister of war and finance (Karen), for some funds to get a more powerful telephoto lens. While we stretching the legs, we met a lovely couple from Perth, who were travelling back after spending ten days at the Tamworth Country Music Festival.

We stopped at a Burke and Wills marker just outside Lake Boga, where they had camped after 14 days of trekking. They would be extremely shocked that you could do it now it about 4 hours or less. So we drove up the road to Lake Boga, and had lunch right beside the lake. Lake Boga has a museum that is dedicated to the Catalina Flying Boats; We had planned to stop and visit but decided to leave that for a return trip. 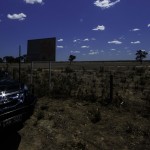 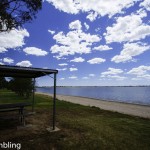 Next stop was Swan Hill, we had a look at around the pretty town, but with just been at Echuca, we decided to skip the Pioneers Settlement. We have heard many good reports and again we put on the list for another time. We did drive down to the Settlement as it is on the Murray, so we took a couple of photos of the PS Gem. As we drove out of the town we spotted an old disused train turntable. I am not a train spotter, but I do like the history of some of the trains. I was also hoping that it would make a good photo. 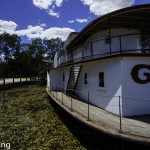 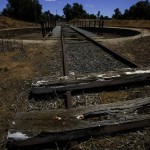 As we continue our journey, Karen spots a brown sign for Australia’s First Rice Farm. Both of us have no knowledge of farming, but we have read enough to understand that Rice needs a lot of water to grow. Looking at the surrounds, which are dry and arid, the area doesn’t look like it sees that much rain. So we follow the dirt road to the memorial for Jo Takasuka who grew the first commercial rice crop in Victoria. It was grown on the flood plains after floods. You can read the original newspaper from the Kerang times here. 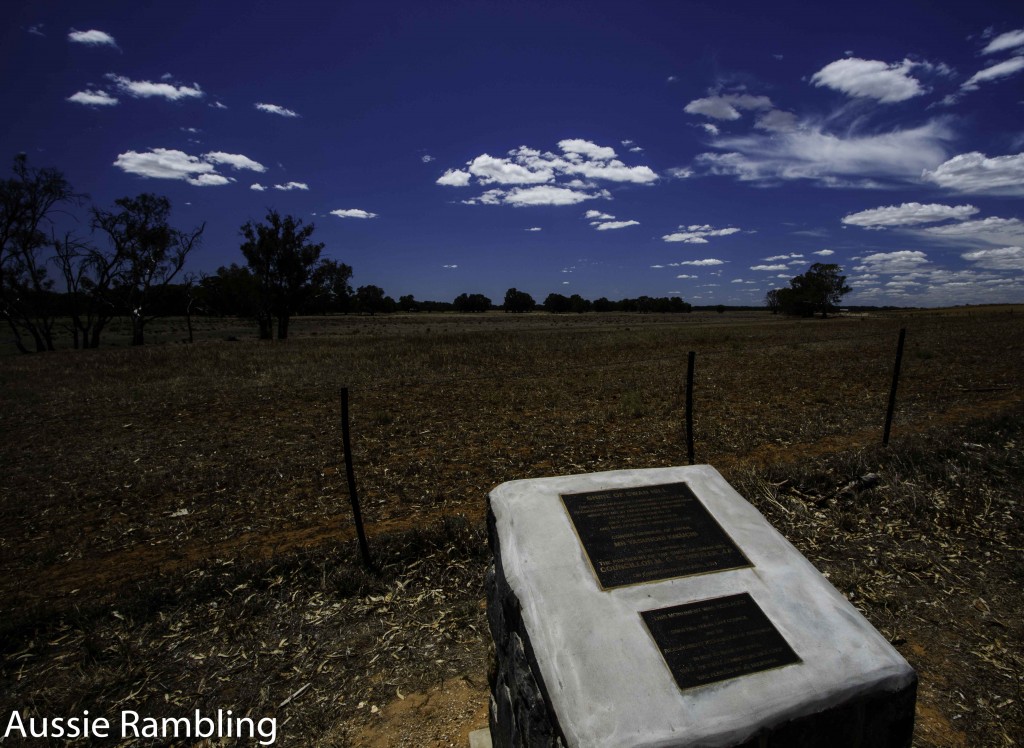 How do you grow rice here?

We continue our journey along the Murray, and have a break at Loch 15 the Euston lock, but we viewed it from Robinvale. I had not known that the Murray had a number of Lochs along its length, until we read it at the Bird Hide outside Kerang. So we took a stroll down beside the Weir and the Loch. The amount of water and the force that is being released creates a substantial noise and I was mesmerised by the birds surfing the down stream side of the Loch while fishing. 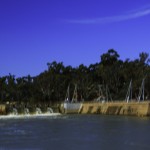 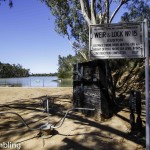 We decided to push on for Mildura to set-up the base camp for exploring that area, it was another 80km’s away so we rang a caravan park that was right on the river and organised a site. When we arrived at the caravan park, we were shocked to see the life saving tower across the road. Our camp site had a beautiful view of the river and the white cliffs, it had eroded over time. 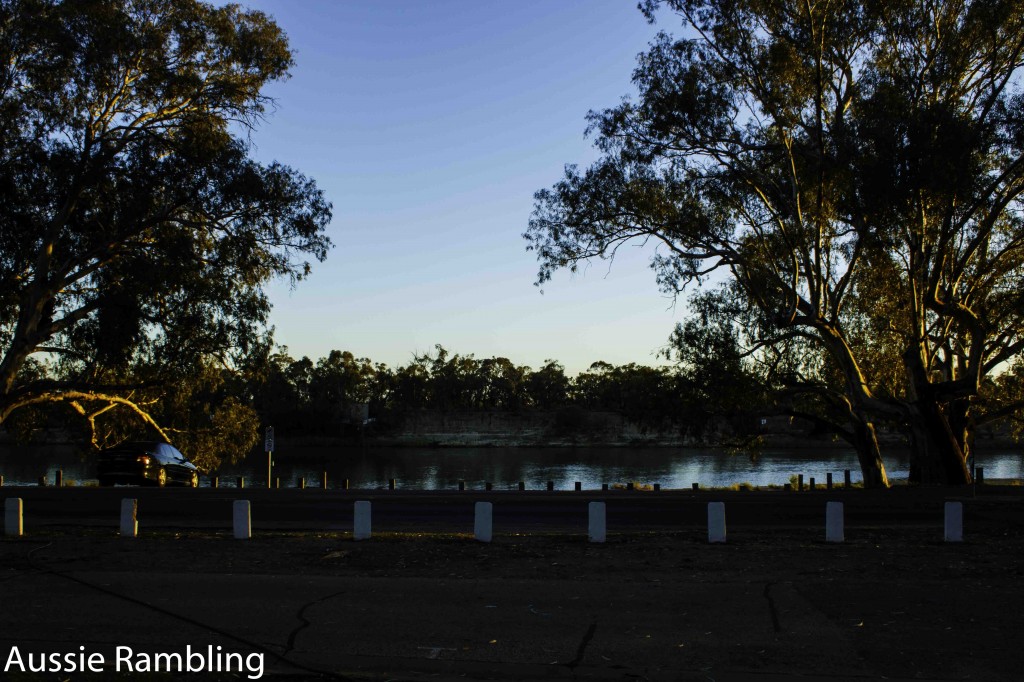