Aussie Rambling > Our Adventures > Murray River > Cruising along the Murray

Cruising along the Murray

We headed off to the west today with a plan to have a quick look around Mulwala and Yarrawonga. Being the long weekend it was absolutely packed, it took us 10 minutes to just drive down the main street of Yarrawonga. It looked a great little town, but was way too busy for us today. So we stopped at the supermarket for a few supplies, for a traditional Australia Day Weekend sausage sizzle. 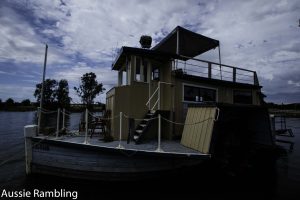 So we drove back down the other side of Lake Mulwala, we made a few little detours down the back streets to see how busy it was and some of the houses in the back streets. Where ever we went there was a crowd, so we continued on.

We stopped for lunch at a reserve that was right on the Murray River just east of Bundalong. As we drove into the State forest we had to go through a couple of gates on the right of way. We picked a spot just away from the campers on the river and cooked lunch. While we ate lunch we listened to the sounds of summer on the river, namely the Cicadas. We had a little discussion about how you say the name, like many different things it depends on where you grew up.

Now that our bellies were full it was time to continue exploring. As our winery day was cut short, we decided to go to another winery on the way back. The winery we had chosen was Pfeiffer’s to visit, as it had a 100-year-old bridge across the creek with Turtles and the odd Platypus. It was time to try some different wines; we were greeted by Robyn who was one of the owners. Robyn took Karen through the wines they had to offer and introduced Jen her daughter who was also the winemaker for the vineyard. There wines were absolutely beautiful and had been rewarded with more than 40 medals in 2014. While Karen was working her way through the wine list, I was having a look at the temporary art gallery, as part of the Australia Day Celebrations. There were some beautiful art pieces, but I was drawn to the photographs by Jen Thompson. Her photos had been taken around the vineyard and captured so much of the history. After the wine tasting as it was a warm day, so she tried one of the pink slushies which were absolutely delightful. 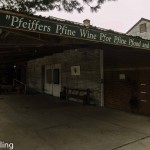 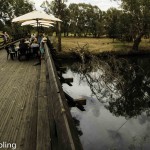 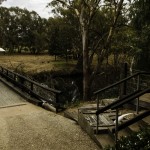 Picnic on the Sunday Breakfast Creek 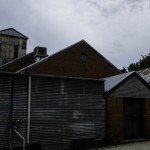 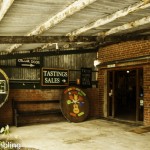 Entrance to the tasting rooms