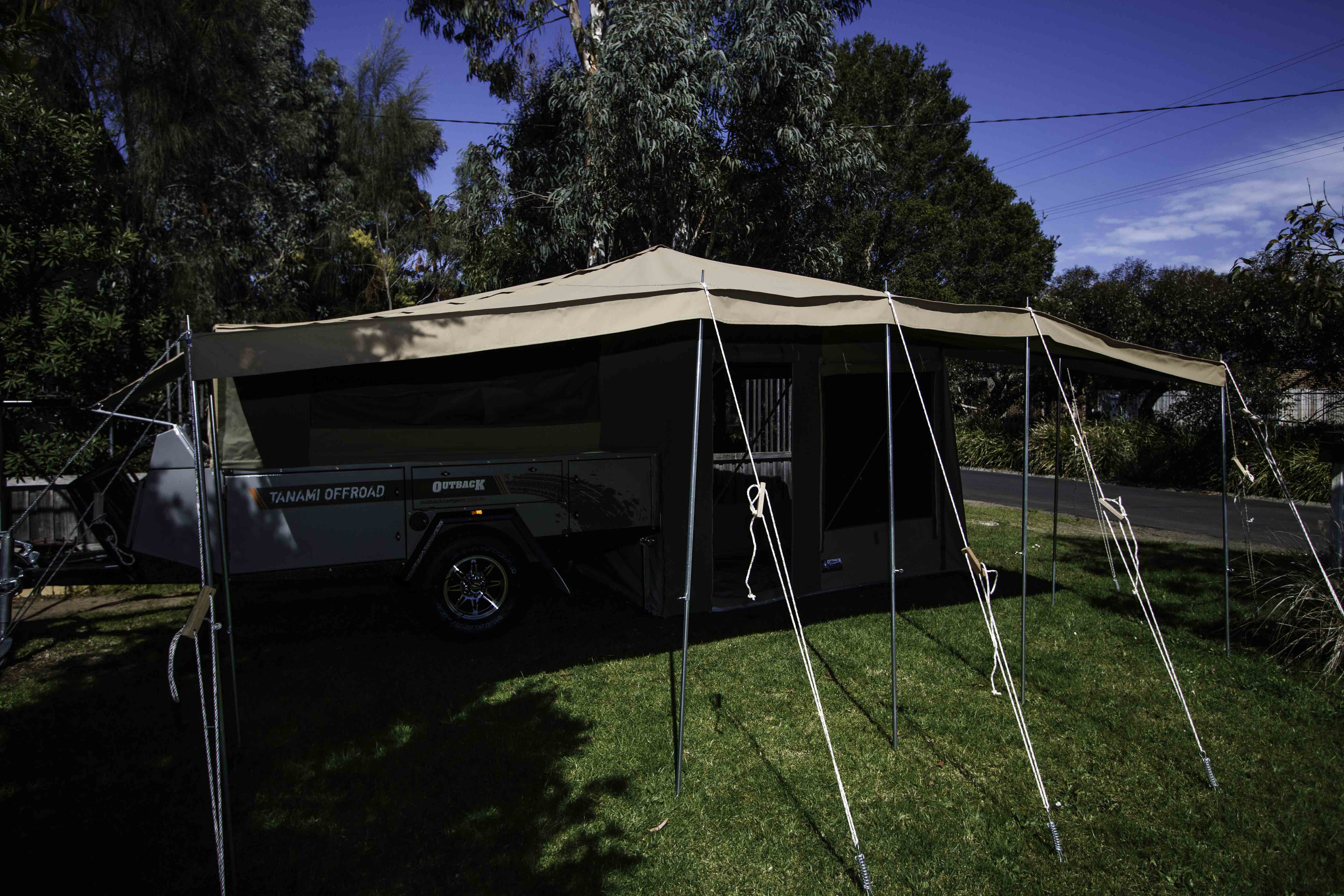 Well we have taken another step on our journey, we picked up our new trailer yesterday from the very friendly and helpful Outback Campers team at Carrum Downs.

She is called Matilda. 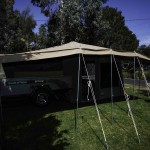 This is the pictures of the first time we had set up Matilda so that we could season the canvas. 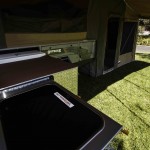 Matilda’s kitchen which will be used to hopefully prepare some nice meals. 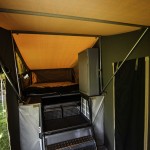 Inside Matilda that shows the bed and the internal storage, including a wardrobe.

We decided on the name Matilda based on old Australian Folk Song about the origins of ‘Waltzing Matilda’ – the song is called ‘Mrs Swaggie Joe’. According to the song Swaggie Joe fell in love with Matilda and with only his love to give, they got married, and walked (waltzed) around the country side following the life of swagmen at that time. Many years later Matilda unexpectedly passed away. Joe buried his love Matilda, and named his bluey (swag) after her. So he called his swag Matilda. All the other swagmen around the area also begain to call their swags Matilda in Matilda’s memory.

Growing up we used to hear an old LP by Johnny Ashcroft who was an Australian Folk/Country singer, that is the version of Mrs Swaggie Joe that I remember so well. I have however found a link to the song on YouTube if anybody is interested, it is by another early Australian Folk Singer Kathleen McCormack. https://www.youtube.com/watch?v=Tp-4IK8rJCs