On the day that we arrived at Corowa, our host Steve had circled a number of wineries that are must dos, while in the area. So we took the opportunity to go in the middle of the week to avoid the crowds.

First on the list was the All Saints Winery, I was unable to capture the beauty of the place in a photograph. You turn off Federation Way, through the brick walls and the old gates into an Elm tree-lined driveway. We later found out that the Elm trees are the second oldest in Victoria and there are 87 in total. You arrive at the car park in front of the old castle and manicured gardens.

The vineyard is so full of history having been first planted in the 1860’s. Karen went straight to the wine tasting, while I wandered around the grounds looking at the history. The vineyard has a well-preserved Chinaman’s dormitory from the 1870’s, that showed how hard life was at the time. The Chinese were instrumental in the area, clearing for the vineyards and stock. As well as working a number of the mines in the area. It was also interesting to have a look at the winemaking process and their barrel rooms. After Karen had been through the substantial list of prize-winning wines and the 150 years of the vineyard exhibition, we went to the Indigo Cheese Shop.

The shop has so many tasty morsels to try before you buy. Neither of us are blue cheese fans, but the blue cheese that we tasted was beautiful and creamy, and not too overpowering. We ended up walking away with a triple Brie, goat’s cheese feta as well as some chilli and garlic olives. 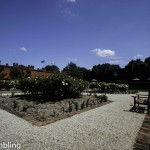 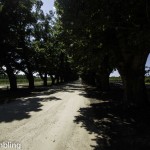 Second oldest Elms in Victoria along the driveway 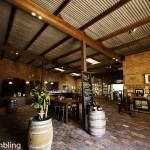 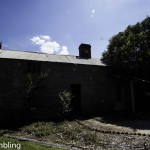 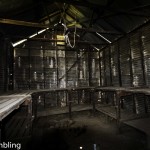 Next on the agenda for the day was St Leonards Winery, which is a short distance away and right on the Murray. The entry between the two wineries couldn’t be more different, once you enter through the gates you make your way through the vineyard to the cellar door. As it was late in January, the plump dark red grapes of the Shiraz or similar were waiting to be picked for the 2015 vintage.

As you enter the building at St Leonards, you make you way through the old-fashioned fermentation area which is filled with memorabilia. It has plenty of 100+ year old barrels as well as equipment of yesteryear. In the museum in they had a Furphy cart that was used to bring water from the Murray. The Furphy cart was used in many different places and commonly in WW1. The Furphy cart was pulled by a single horse or a couple of people. It is an old-fashioned water cooler; so many stories were exchanged and often retold at the next stop. Some of this news was unreliable and became known as a Furphy. 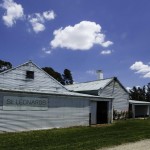 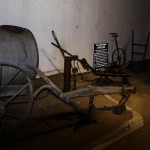 A few items from their gallery 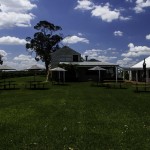 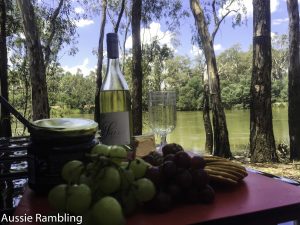 Lunch on the Murray River at Corowa

Having collected a couple of bottles of wine, after placing a limit of 1 bottle per vineyard and the cheeses, we headed off to the river for lunch. We found a quiet little spot on the Murray just outside of Corowa. We lowered Molly’s tailgate so that we could use it as a table for our tasty lunch. As I hopped out of the car, I heard a pop and all of a sudden I was the leaning tower of Pisa, my back had decided to play up. 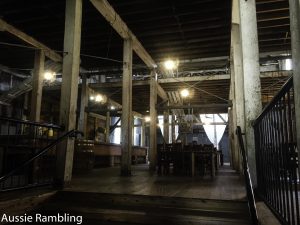 The bar that is being built for the distillery.

After lunch and a bit of a rest we went to the Corowa Chocolate Factory and Whiskey Distillery. Housed in the old grain silos, and will be absolutely majestic when it is finished. Unfortunately the distillery isn’t quite ready but will be ready around April 2015 for those that interested. The bar area looks absolutely amazing and will be a great place for a tipple. After buying some chocolates we head back to camp to put up our feet.