Aussie Rambling > Our Adventures > Murray River > Where is Wahgunyah? 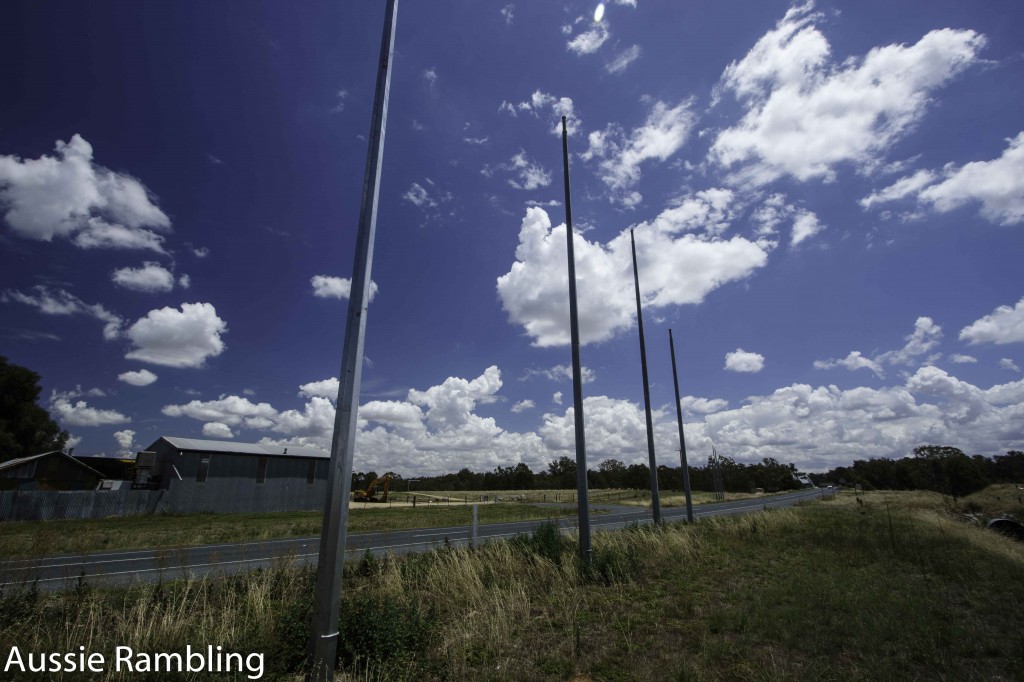 The Barassi Line was initially a joke and then turned into a monument, that stated where AFL finished and Rugby League and Union began. It is on Federation Way, just outside Wahgunyah VIC.

As we explored the countryside, Karen spotted a number of wineries and thankfully for the bank balance e only went to one that was open. We called into Mount Prior Vineyard on the back road between Wahgunyah and Howlong. It was an interesting place that was very unique. The vineyard was first planted in 1860 and the cellar was set into the ground. The owner also built a very large house in the time including with a turret. The house is now used for corporate days and special events. The cellar had a very rough time after its initial building after burning down twice. The current was rebuilt in the 1980’s on the foundations of the original building and uses the same stonewalls. The winemaker also uses the two concrete tanks that were created more than 100 years ago. Karen tried all the wines and we walked out with a bottle of sparkling shiraz – durif to have with dinner. The area is really well known for the durif grape variety due to the climate. 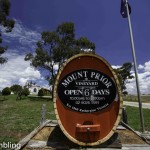 Main driveway into the tasting cellars 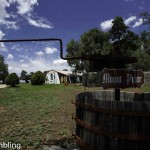 An old fashioned press at the winery.

So we continued on the local tourist drives around the area which highlighted the areas initial reason for settlement. The area became popular when gold was found in the alluvial soils of the area. As you drive around the area you can see the old mullock hills as the remnants of those prosperous times. Once the gold rush was over a number of the miners turned their hands to agriculture in the form of cattle and vineyards.

On our tourist drive we found an old school that was originally built in the 1860’s that is still used today as a place of Worship. The school was closed in 1895 when there were 12 boys and 12 girls attending the school. 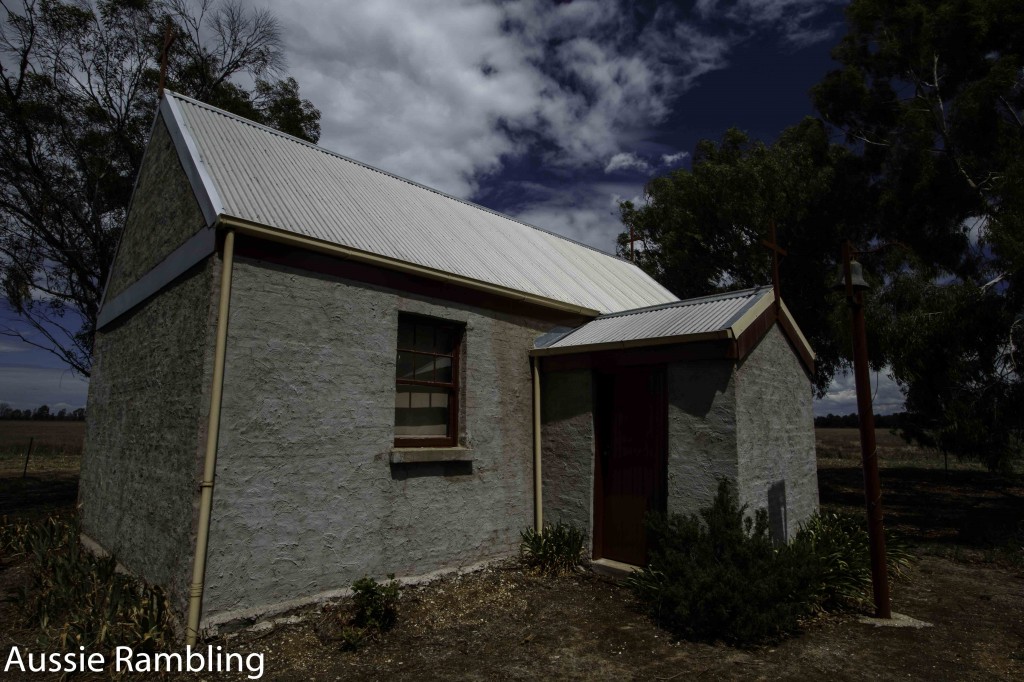 As we continued on our drive we went between two very grand houses, unfortunately we weren’t able to see the houses as they privately owned, but one of them was open for wine tasting or so we thought. We drove up the driveway of the Olive Hills Estate Winery, as we drove up to the cellar door we were greeted with a giant iron clad building with a glass front. As we walked through the 3 metre high door you were overwhelmed with the grandeur of the building. 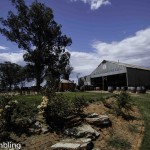 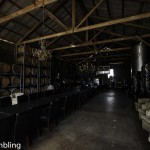 Inside the Cellar Doors of the Olive Hills Estate

Does anyone know where Wahgunyah is?

Well we have found out, it is a little known town on the Victorian / NSW border across the river from Corowa and only 8km from Rutherglen. It was originally settled in the 1830s as a cattle grazing and vineyard station. When gold was found at Beechworth and the hills, it became a significant town. The town then grew into a port town and had the old paddle steamers along the Murray. In 1892 the paddle steamers were no longer keeping pace, so a bridge was built between Wahgunyah and North Wahgunyah (now Corowa). As the town was built on the border before federation, a customs house was built to collect taxes for the materials being brought across the border. I am thankful this no longer applies in Australia since federation. The town is a shadow of its former self, but still has many of the old buildings. 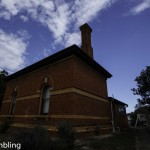 First stop for all Merchants when they crossed into Victoria with their goods to pay taxes. 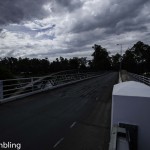 Toll bridge built in 1892 across the Murray between Wahgunyah and Corowa.

For any readers that are interested in fishing you have probably been to Wahgunyah, as there has been some significant Murray Cod caught in the Murray. The Empire Hotel fishing social club has a record of 36kg that is proudly shown in the bar, along with some very substantial Murray Crawfish. 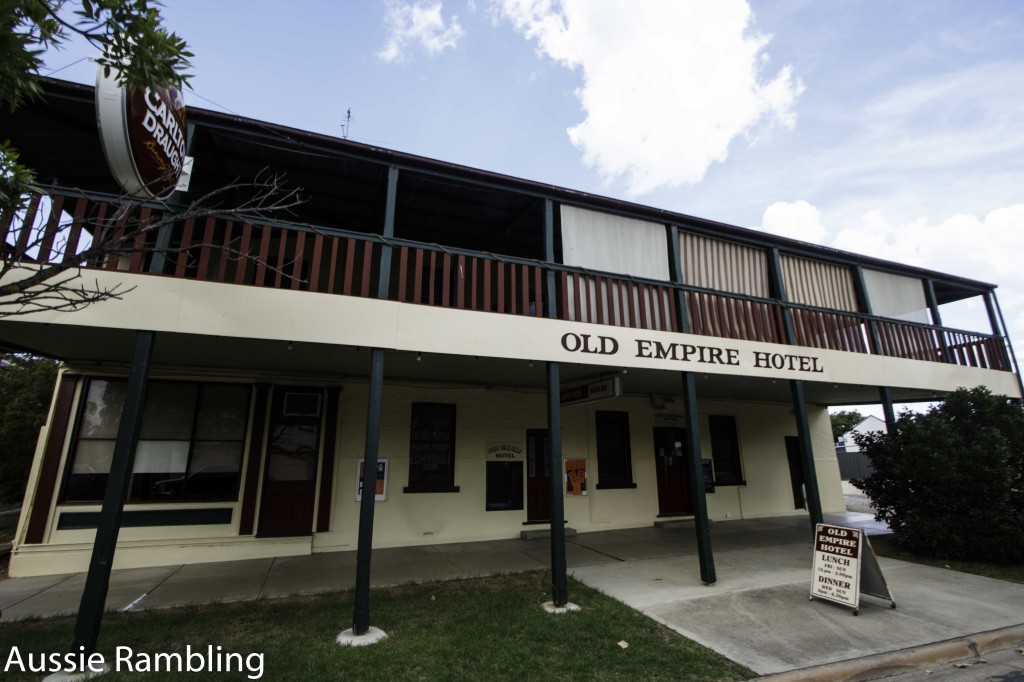 Empire Hotel has a mount of a 36kg Murray Cod.