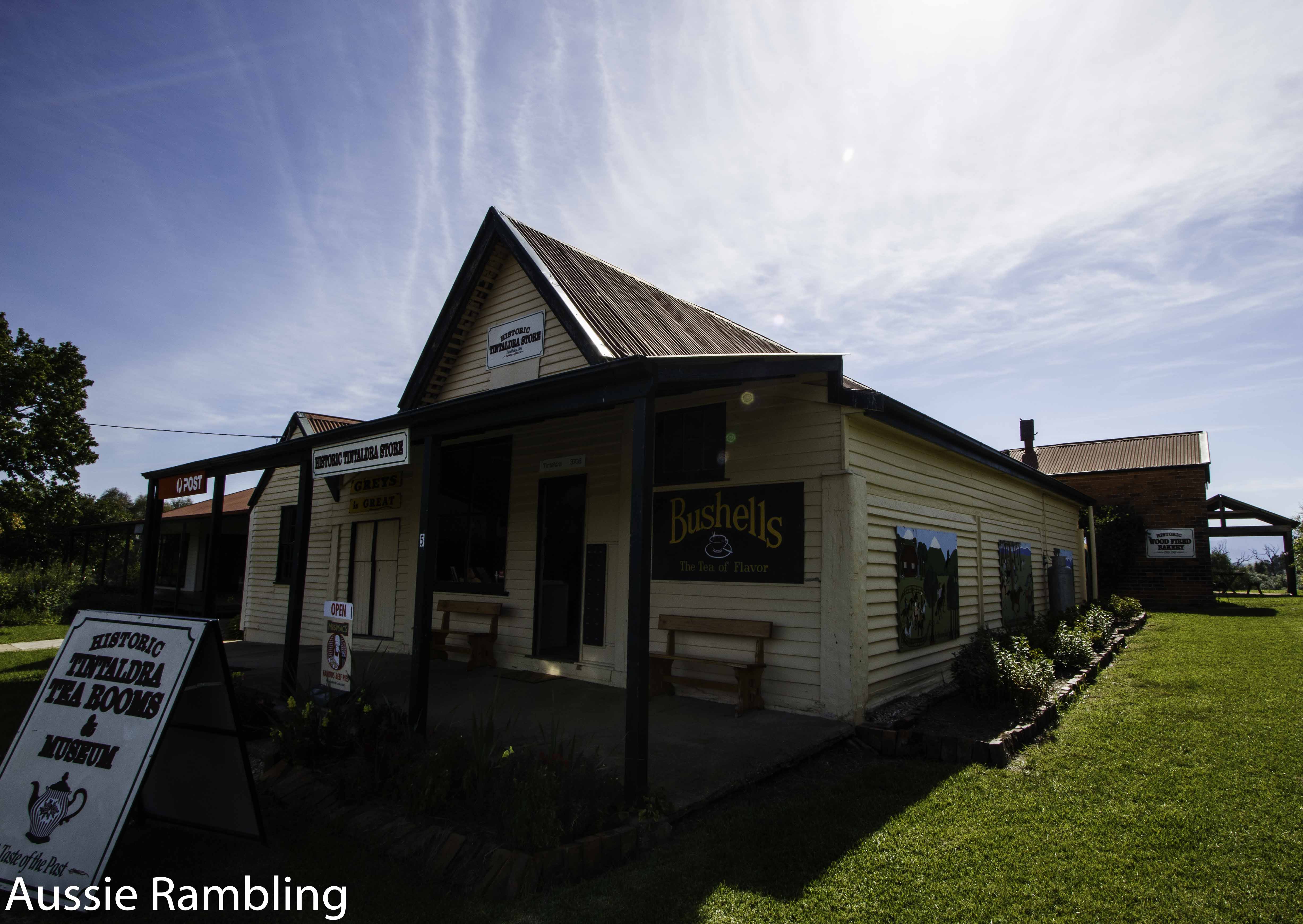 It was time for us to pack up and say goodbye to the High Country. We made a vow to come back and explore some more, there is so much to see and do. I don’t think Karen or I could live here though, as the winters are a bit cold for us.

So we hitched Matilda to Molly, so that we could start our trip down the mighty Murray River from the source to the sea. It will nearly be the source as we have run out of time and haven’t quite gotten to the mineral spring where it officially starts. One of the things we are looking forward to the most as we follow the river; is the diversity in the scenery. We are expecting a lot of changes in the landscape along its 2,300km path.

So we leave Corryong with fond memories and make our way to Towong again, where we turn onto the Murray River Road. Our planned destination is a place called Corowa which is on the Murray River, about 200kms away.

We made our first stop today at a spot called Tintaldra, so that we could have some morning tea. We went to the historic general store where we met Betty, who has been running the store for around 40 years. Betty was a very gracious host and we had morning tea in her backyard, with uninterrupted views of the Murray as far as the eye can see. After a quick bight to eat, Betty regaled us with stories of the historic store that has just celebrated its 150th Birthday and showed us around the museum. Betty tells us that the fishing is amazing and there is plenty of camping in their area for those that are interested. To find out more details check out the Tintaldra store website at www.tintaldrastore.com.au.

The town itself never became large, even though it was the first area settled. Sydney Gandison Watson bought the land and established the town. Once he built the General Store and a Pub it was a captive market that he never relinquished. 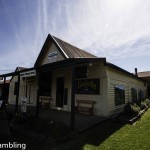 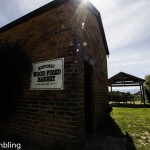 This is the bakehouse that is behind the Tintaldra Historic General Store closed in 1946. 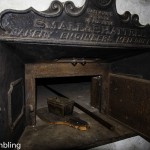 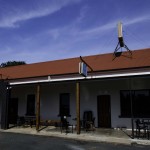 The only pub in Tintaldra

Back on the Murray River Road we head towards Albury Wodonga, when we see a monument on the side of the road with the Australian Flag being proudly displayed. The monument acknowledges this as the birthplace for Murray Grey a type of cattle that was first bred in the area. After doing some reading this breed of cattle has made an impact on the international stage as a result of the ability to adapt to a wide variety of environments. The homestead where the cattle were first bred is across the road from the monument. 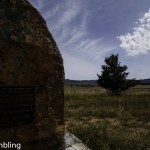 Monument to the Murray Grey Cattle, Australia’s own breed that has influenced the International Cattle Industry. Monument is at Thologolong Property NSW. 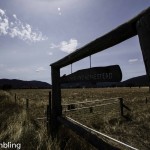 Continuing to follow the Murray River Road, we pass through the picturesque town of Walwa. We continue on following the Murray as it widens dramatically and then start to reach the start of the massive Hume Dam and surrounding areas. We used the Bethanga Bridge which is 752m long to cross the Hume Dam. The bridge was opened in 1930 and is unique as it is the only built structure shared by New South Wales and Victoria, as traditionally the Murray’s top of the south bank is considered the border. 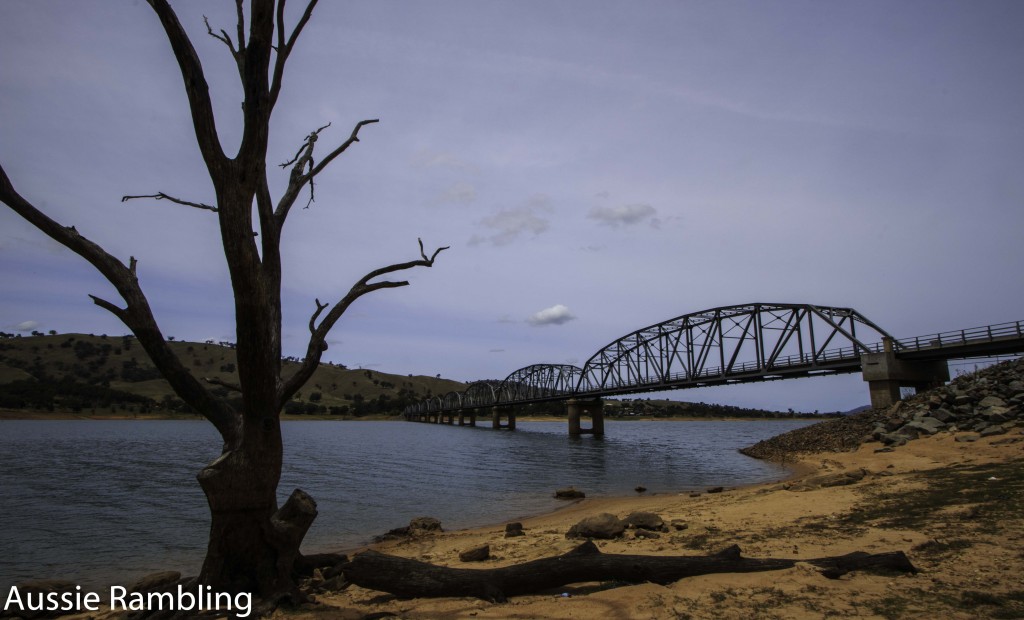 The 752m long Bethanga Bridge over the Hume Dam at Bellbridge

We continue to follow the road down to the massive Hume Weir which is used to regulate the flow of the Murray River. The weir is impressive in sheer size and engineering, the weir wall is over 1km long and releases more than Sydney’s daily entire drinking water requirement at the minimum flow and can be increased to 13 times that amount if required. The weir also has a hydro power station that is used to power the area during the required flows which is usually September to May. 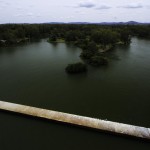 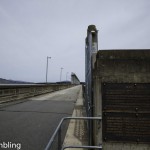 After a short drive we make it to our planned destination of Corowa. We decided to stay at the Bindaree Motel and Caravan Park, located just 2 km from the town on the Murray River. We met our hosts Steve and Tania, who manage the Caravan Park. They gave us a site right beside the lagoon; that is fed by the Murray River. We quickly had to set-up camp as the weather started to threaten. So we sat down with a couple of drinks and watched Natures light show. 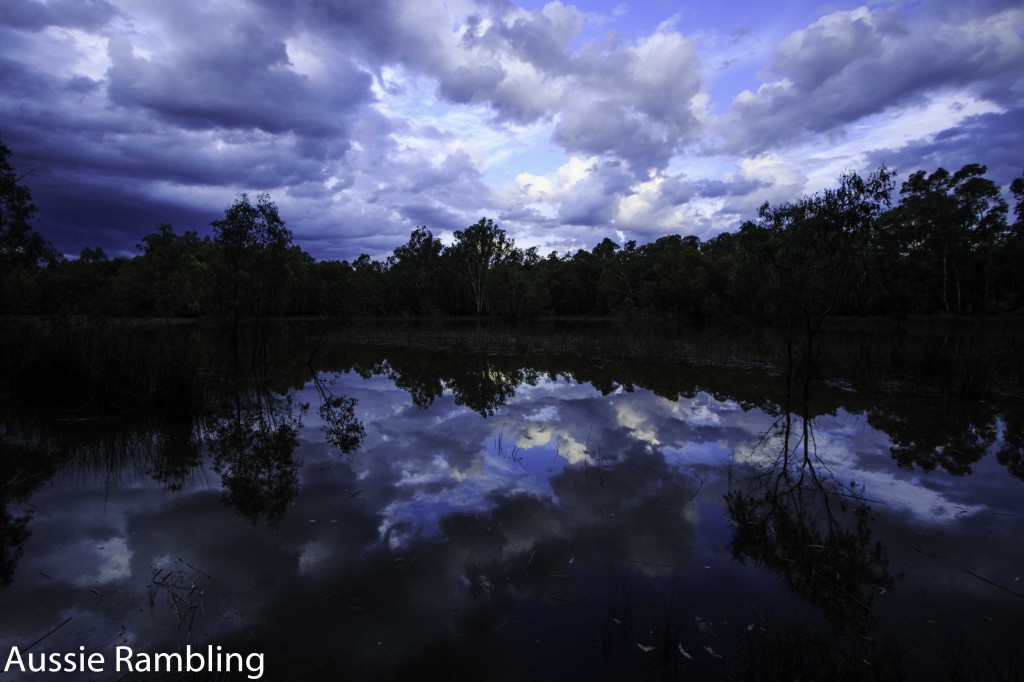 The view from our camp site at Bindaree Motel and Caravan Park, Corowa NSW