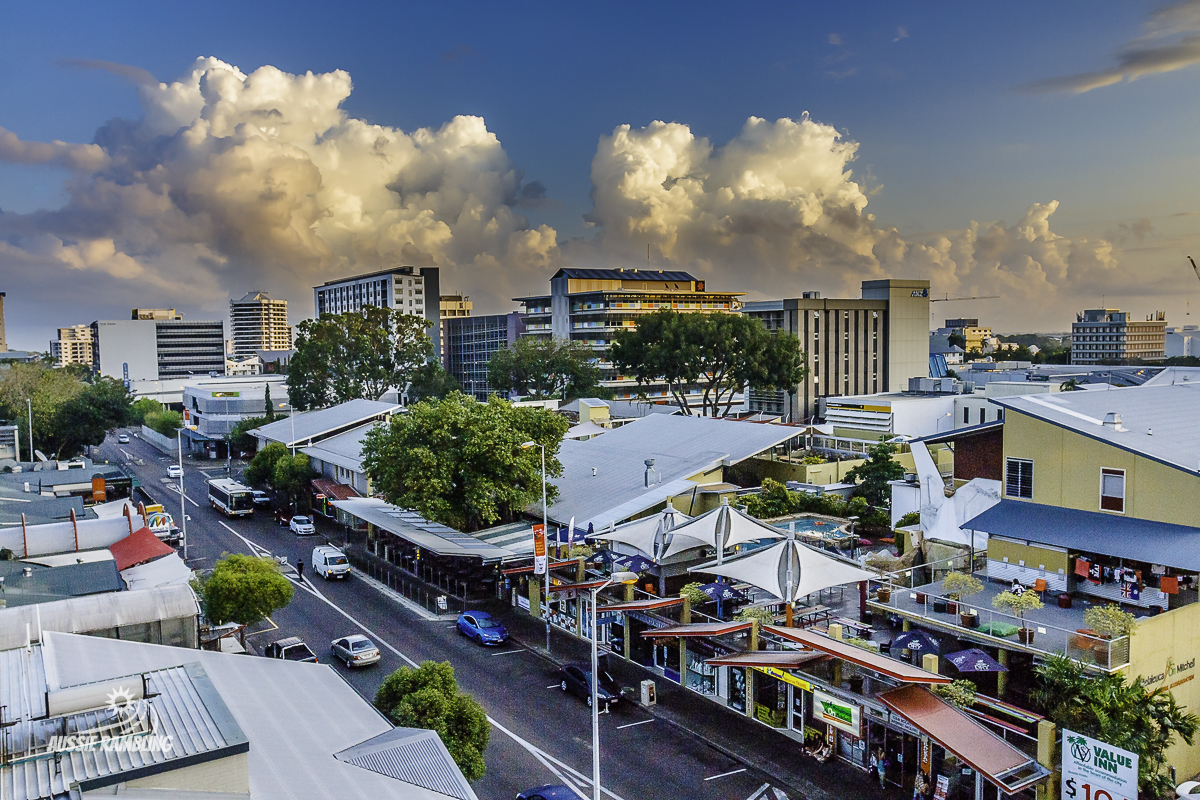 The next morning we packed up and did a bit more exploration around the area before finally heading off. The first stop was at Stuart Tree, it is believed that Stuart carved in S in the tree, to signify that he passed through the area. We have read some interesting comments as it was the first piece of graffiti in the area, or it was clear mark. If you zoom into the photo you can just about make it out and we will leave it to you to work out what you think. 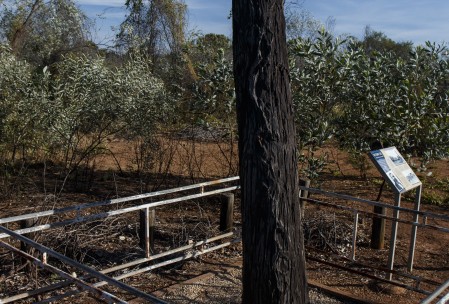 Next was the old Daly Waters Aerodrome was signposted and we went there and learned that it was actually Australia’s first international airfield. The airfield was used during the London to Sydney Air Race of 1926 and was a refuelling stop for early Qantas flights to Singapore.  There is an old Qantas hanger at Daly Waters that is reputed to be the oldest hanger in the Northern Territory.  The wreckage of an airplane just off the edge of the runway illustrates that things didn’t always go well there. There is still evidence of the base that was here in WWII, but the bush is slowly taking it back, can’t argue with mother nature. 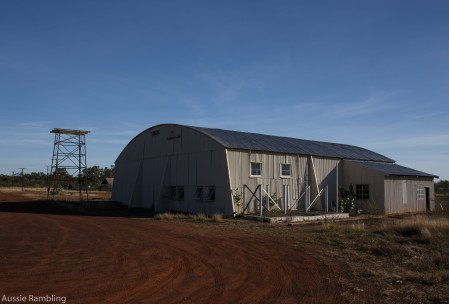 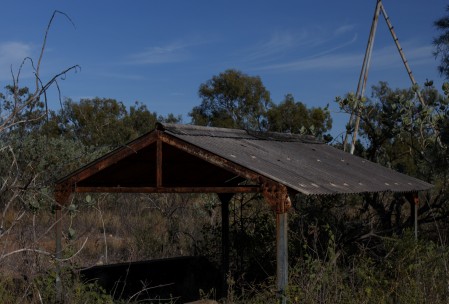 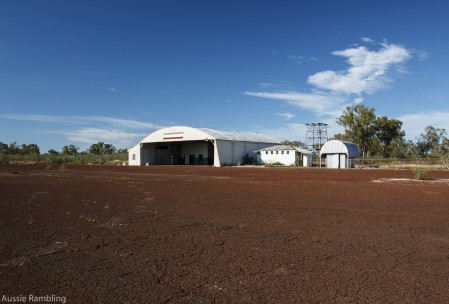 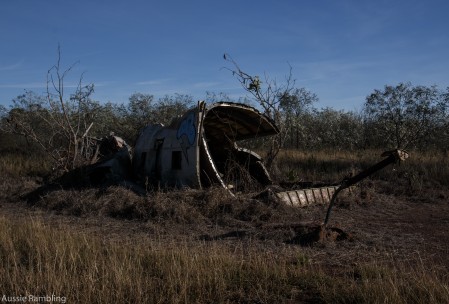 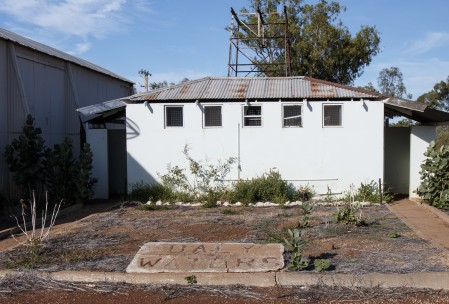 We hit the road again, listening to the Lee Kernaghan’s spirit of the ANZACs album, it is such a powerful piece of work and very apt as we are travelling through and to the areas that were bombed during WWII. We have a huge amount of respect for all the Men and Women that have or are serving our great country.

As we continue along the Stuart Highway, we see a brown sign for Alexander Forrest. We stop at most brown signs and we had never heard over Alexander Forrest, not that our explorer knowledge is that high, time to do some more study. Alexander Forrest and his party reached the Overland Telegraph Line around this point in 1879, after travelling from the De Grey River on the Western Australian Coast. Apparently the party was often in a perilous state, having to kill pack horses occasionally for food. He lived until 1901, so he saw the Federation of Australia as a Politician, being the member for West Kimberley as well as having been the mayor of Perth. 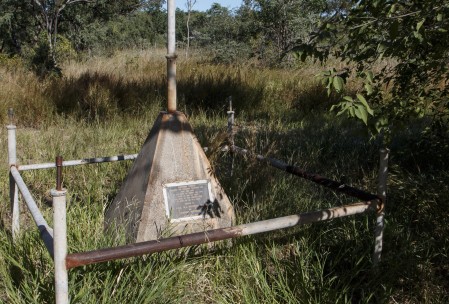 So its back to singing ‘On The Road Again’, which Graham has begged me to stop singing but I can’t help myself. The next stop was at Larrimah, we stopped at the Larrimah BIPOD. What is a BIPOD you ask? Its a military term for the Bulk Issue Petrol and Oil Depot. I should have been able to guess that, right? The remains of the BIPOD are just off the highway, but the ruins are being quickly reclaimed by the bush now. You can still see the foundations, and a number of termite mounds in the area. Larrimah was a large camp during WWII with up to 6,500 troops and railway to the area for the BIPOD. It was selected as it was just far enough out of range of the Japanese Bombers. Continuing up the road a very small distance we came to the Larrimah Wayside Inn, which is hard to miss with a big pink Panther out the front. Across the road from the Wayside Inn is a museum, it is housed in the old repeater station, there are plenty of things of interest with the old rail road etc. We didn’t stop for long as we were really keen to get to Mataranka and try out the hot springs. We did a little driving around the scrub looking for the old airstrip, but after 10 minutes and no luck we continued North. 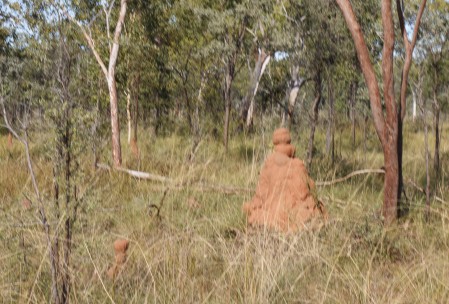 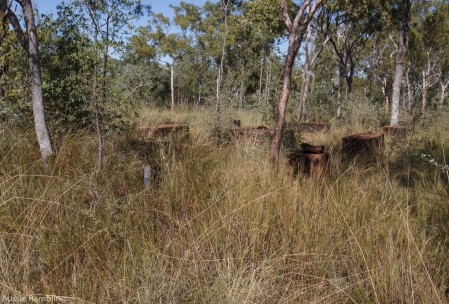 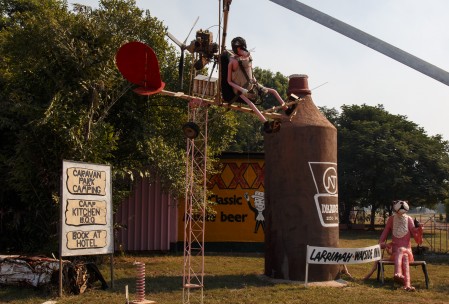 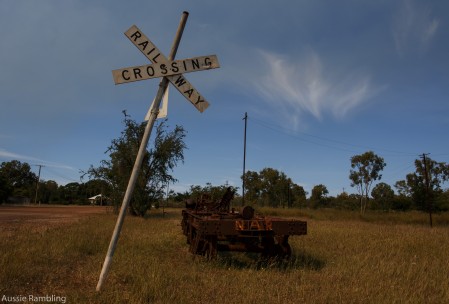 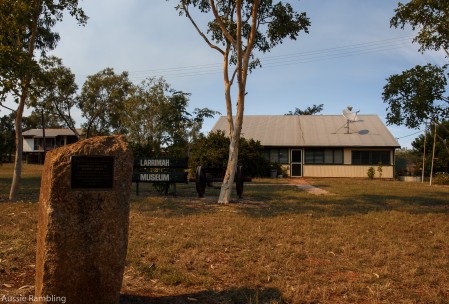 Next stop was Mataranka Hot Springs. Just as you enter into the town, you turn right and follow the signs to the homestead. The homestead was also where the book We of the Never Never was written, so as we pulled up in the carpark, Graham couldn’t help himself having a look around the replica house. He has promised to borrow the book from the Library and have a read when we get to Darwin, I will hold him to it. So we parked in the car park up the front and made our way about the 400m to the springs past the homestead and the caravan park. As we had arrived just after the wet season is finishing, there was still plenty of evidence of the amount water that runs through the area, with palm fronds all over the place nested at the base of trees. As you cross the little bridge over the early part of the springs, you can’t help be amazed at how clear the water is and the colour. The water in the area has a surreal aqua colour, from the minerals in the water. You arrive at the pool that was built during WWII by the service men so they could relax, it is fed by a spring further up and is a beautiful 32 degrees in the pool. The pool is created by a weir at the end and has a natural bottom Graham went for a quick walk down to the Roper river to explore before climbing into the water. The pool has a couple of ladders to help you into the aqua water, there was plenty of room in the pool with only a couple of other swimmers. One of the swimmers had a mask and snorkel, which allowed them to see the turtles and fish swimming around in the pool. After a couple of hours relaxing in such a beautiful area, we had decided to get out and investigate Bitter Springs. 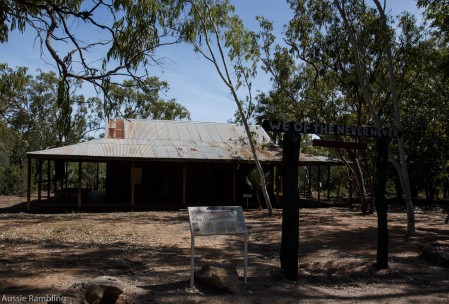 We of the Never Never, Mataranka, NT 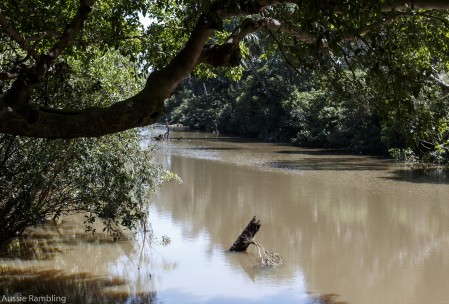 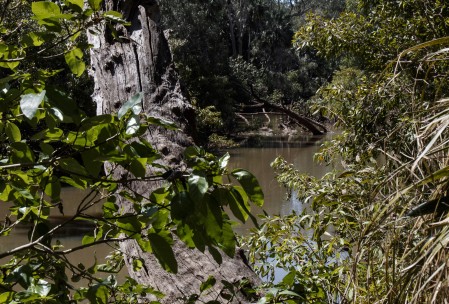 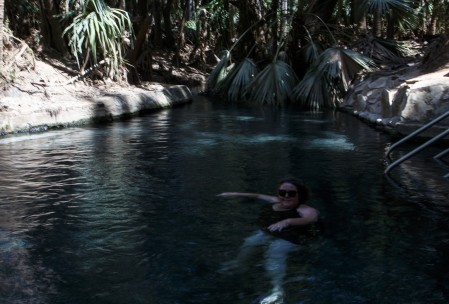 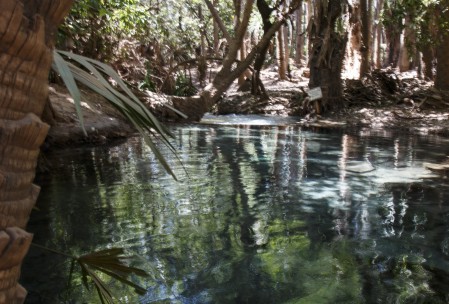 Many people on our travels had said that we should spend a lot more time at Bitter Springs. It is a little bit further of a walk and we turned up, their was a lot of people in the car park and deciding that we should have some lunch and then push on. We had one of the famous Mataranka pies, from the United Servo. The pies were pretty good, which we ate across the road in the park, before heading for Katherine. We reached Katherine at about 3pm, we pulled into the Information Centre and had a look at the things to do. With the amount of things to do in the area we decided to push onto Darwin, as that was where we wanted to pay our respects for ANZAC Day. So it was time to fill the tank in Molly again and continue North.

Just North of Katherine, we started to see a lot of smoke on the horizon, and then you could start to smell it. About 10 minutes later, you could start to see the flicker of the bright orange flame as we were travelling the highway. The fires were burning on both sides of the road,  we assumed it was a controlled burn as we saw the Police going the other way and they didn’t look concerned. So we continued North often seeing the fire, as it is apparently common to burn the undergrowth early in the dry season.

We made it to Darwin, we arrived at the Howard Springs Caravan Park just outside of Palmerston at about 6pm, just before the office closed. We high tailed it to the site we picked out and quickly set-up just before the last light from a beautiful Darwin Sunset. We plan to stay in Darwin to find some work to replenish the funds, as well as to spend some time to see the many attractions in the area.

After setting up camp we went to the Casino, in Darwin for dinner to celebrate arriving. We went to The Cove Restaurant where we had a lovely dinner and talked about our adventures so far. We also decided to start making our plans for what to see and do in Darwin, as well as our initial thoughts for travelling back through the centre.

We have rushed coming up through the centre, more time is needed to plan and explore the centre. We have only touched on a number of small things along the way, there is plenty to see and do.