Aussie Rambling > Our Adventures > High Country > Found it at Corryong

Found it at Corryong 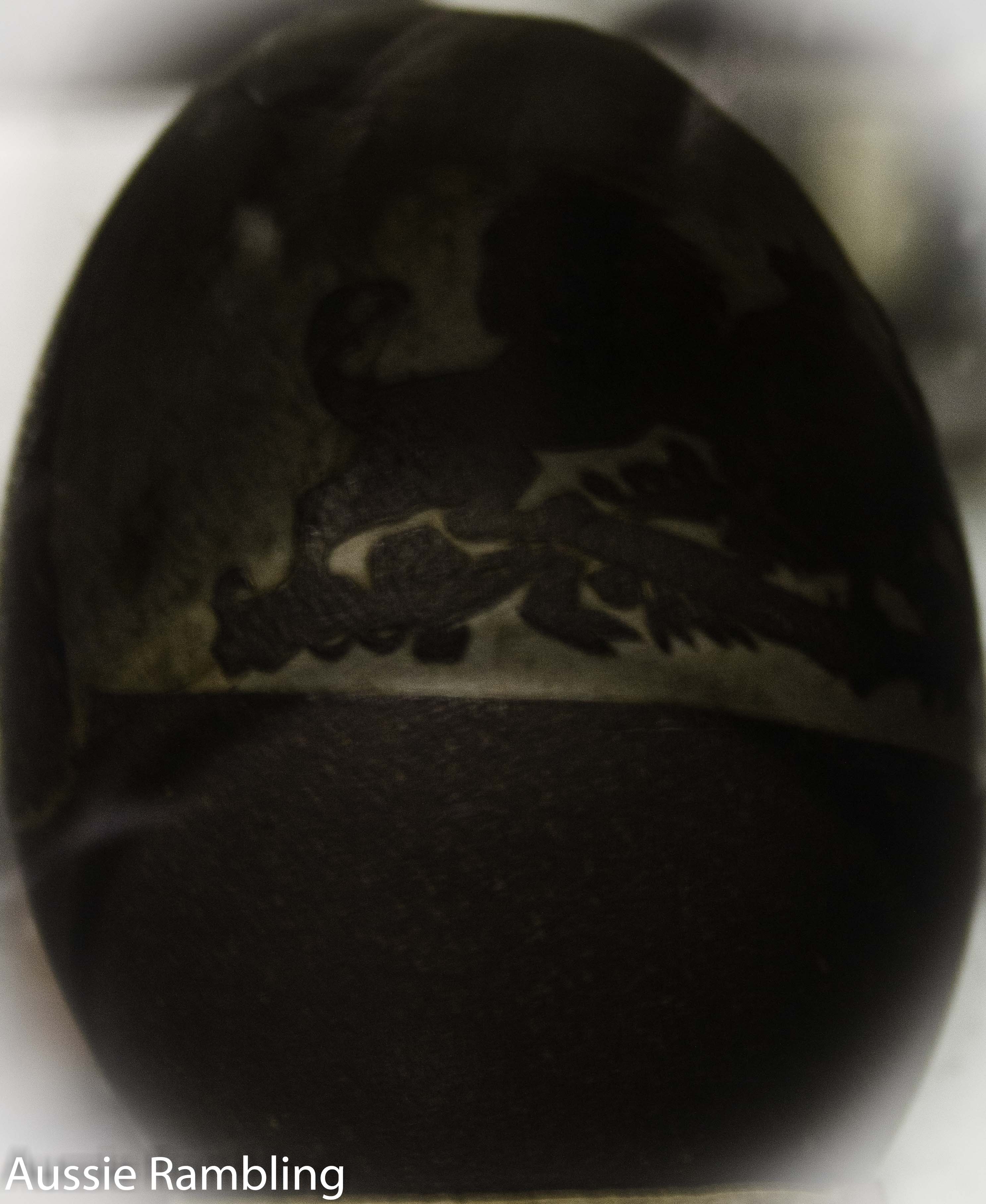 After such a big day yesterday, it was time to take it a little easier. So the morning was spent doing the everyday items, like the laundry etc. So after a leisurely breakfast we got ourselves organised and went to the Man from Snowy River Museum here at Corryong.

The museum is dedicated to the memory of Jack Riley; it has some of his possessions. It also has a wonderful array of local equipment used by the people of the Upper Murray. We were just starting to look in the second room when I hear Karen say I found it. The reply was what were you looking for?  I found the emu egg that is supposed to be in the Omeo Museum. 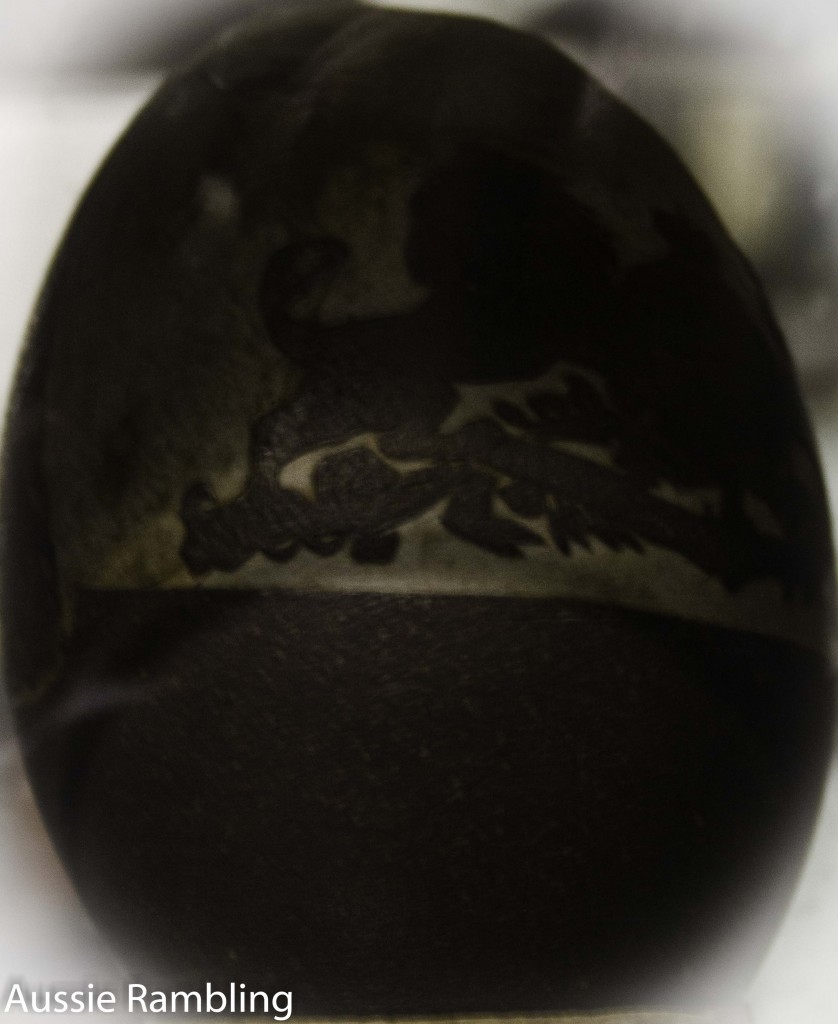 Emu Egg laid on Begary Station when it belonged to the McCormacks. The coat of arms was engraved by a local Aboriginal at the time.
Emu egg was donated to the Corryong museum.

The big surprise was the little town that had been relocated to behind the museum. An old lock up which was built in the UK pre 1900 had been used in the area. There would be no escaping this lock up,  as even the floors were reinforced with steel bars. The museum had an old ANZ bank where the teller sat in the only tiny room with a window and the customer stood outside the bank.

The museum has many artefacts that are from the surrounding area, including the war. A centrepiece is the knitted rug that was made during WWII by a POW.  The POW’s would remove the woollen material from their flight jackets and jumpers so that the Germans couldn’t send it to the Russian Front. The POW’s collected the wool for 13 months so that they could make the rug. The museum tells the story much better than I can. The museum also tells the story of the local diggers in the various wars, including a local that helped plan the Battle of the Bismark Sea. The details of the battle can be found on Wikipedia, http://en.wikipedia.org/wiki/Battle_of_the_Bismarck_Sea

In the printing shed there is a Jeep named Iris, it was the first motorised vehicle to cross the Australian Alps. Having been on the roads in the past day or so, I can understand how difficult it would have been to complete that task walking let alone with a Jeep and no roads.

Visit the museums website for more details on their attractions and opening times, which is http://www.manfromsnowyrivermuseum.com.