After the soft glow of sunrise has given way to the harsher light from the sun climbing its way up into the sky, we pack up our coffee cups and go for one last drive through the tracks to the other areas of the Devils Marbles Conservation Reserve. 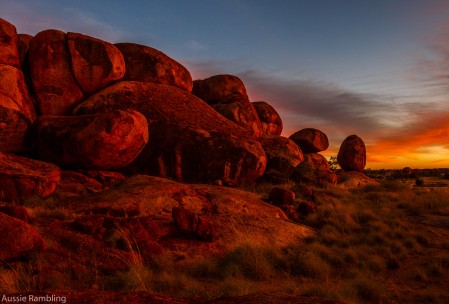 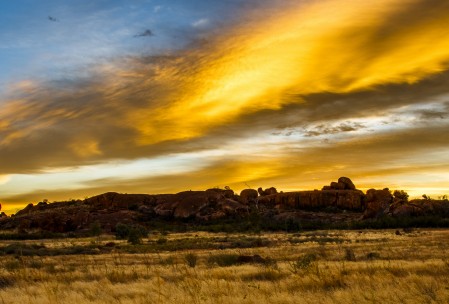 There is a really cool thing on the day visitor shelter, I bet you couldn’t guess what it could possibly be.  In the middle of nowhere, where we do not even have any telephone signal,  there is a lone satellite dish perched on the roof of the shelter that houses the information for the area.  On the side of the shelter is an unexpected sign.  Free Wi-Fi.   Who would have thought!  There is a caveat however, it sounds better than it actually is, from this site you can only upload photos to either Twitter or Instagram (the press release said Facebook as well, but the sign didn’t).  I did try to use Facebook but that didn’t work. Apparently this was only installed in February this year and is part of a trial by the NT Government to help tourism.  The surveys have showed that people are more likely to share their photos of special places if they are able to do this instantly.  The trial includes Wangi Falls in Litchfield National Park which is a day trip from Darwin and Watarrka (Kings Canyon) National Park close to Yulara.

Back barrelling due north up the Stuart Highway, the sun shining, the music humming, our lack of sleep behind us for the moment.

First stop to stretch our legs was Bonney Bore & Well, a roadside stop where the bore is.  This was part of the network of bores originally put through the centre for the Telegraph as well as for feeding the stock. Ryan’s Well was a horse drawn whip bore, that is the horses were tied to a wheel that raised the bucket, Bonney bore was one of the early drawn windmill driven bores, we can attest to it being pretty windy in the area. 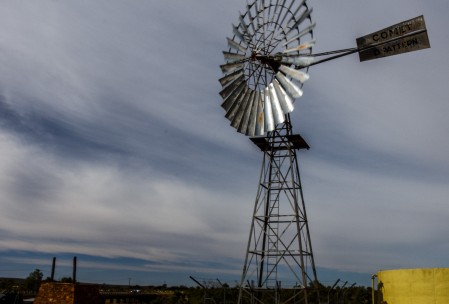 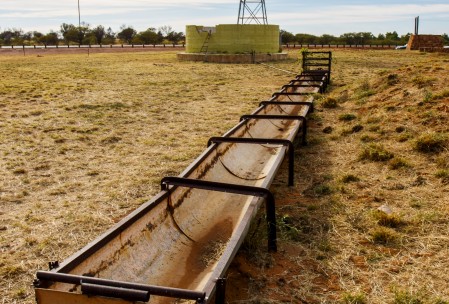 Tennant Creek was next off stop, and is the Northern Territories third largest town with about 3300 people.  We fuelled up and picked up a sausage roll (really nice home made one – was awesome) and a drink and had a look around the old Telegraph Station.  Another of the historical remains of the Overland Telegraph Line. 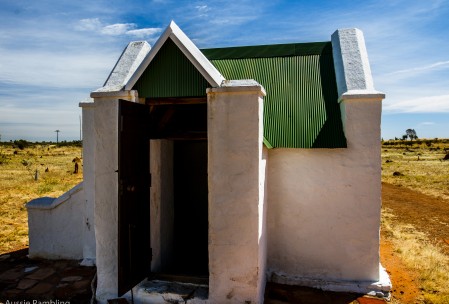 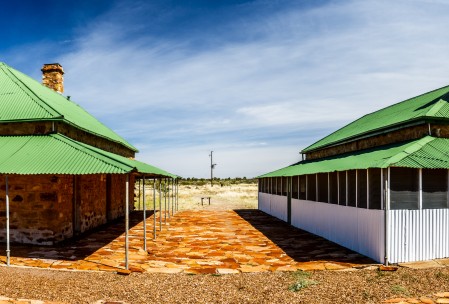 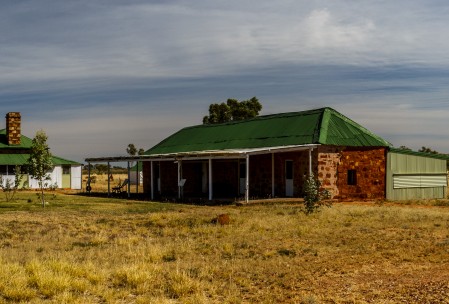 The Australian Outback is full of many quirky and strange sights, and many of the fuel stops along the highways are aimed at the tourist to lure them into stopping and spending a few dollars just to keep them going.  Renner Springs is one of these, another outback Pub, with what we call ‘character’ where people have left a little reminder of themselves behind after enjoying a few (too many) drinks, and some of the early history of the area is documented and displayed in an informative way.  We were served by a girl from Brighton, UK.  She was lovely and when the food arrived it was delicious.  Steak sandwich and a beer for me, hit the spot nicely. We didn’t stay here, but others have let us know that they have and they loved it.  There is a duck pond with plenty of birdlife out the back of the pub and it is said to be a very serene place to rest for the night. 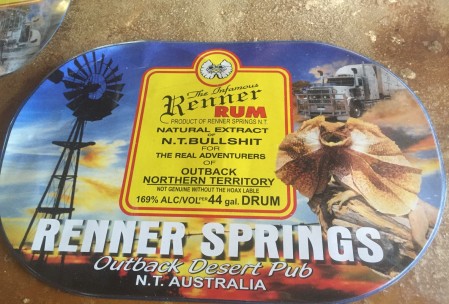 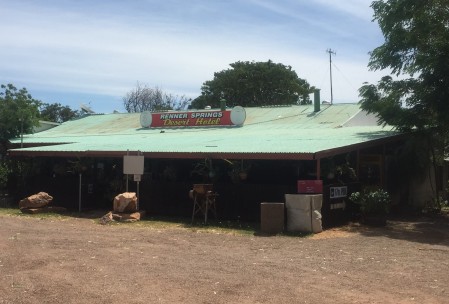 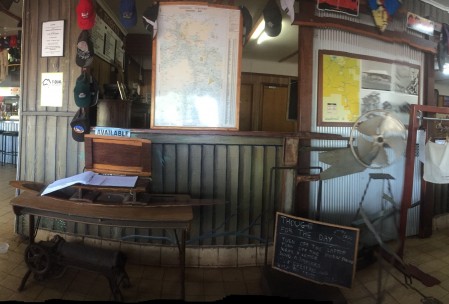 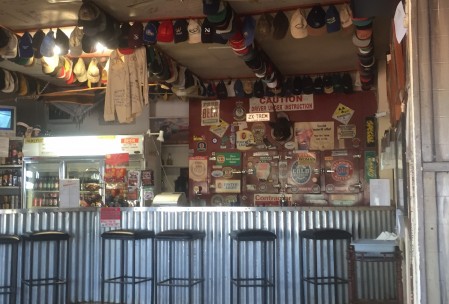 We have noticed that most of the outback, out of the way tourist spots, pubs and fuel stops are manned by backpackers.  The exception so far that was noticeable was at Kulgera just over the NT boarder.  Many people are complaining that this is ruining the atmosphere of these supposedly typical Aussie places, but it makes it difficult if the owners are not able to source workers from Australia.  The current working visa rules allows a backpacker who works for a minimum of three months in one of our designated remote areas, to apply for a 12 month extension to their original visa.  This appears to be a bit of a win, win for the backpacker and the remote employer, but unfortunate for the tourist who is expecting Aussie barmen to be serving them.  Some do it better than others, it is nice when the backpacker has made the effort (and it probably also depends on the employer) to know a bit about the history and there area they are working in.

We made a quick stop at Elliot, to stretch our legs and fill up with fuel. While stretching our legs we stopped at the old staging camp. Elliot didn’t hold much appeal for us so we continued to head North. 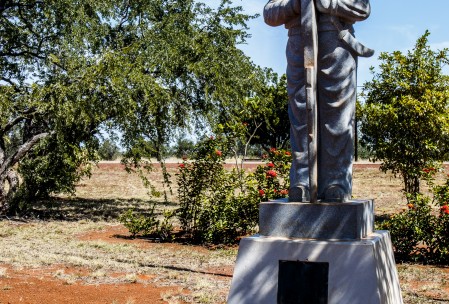 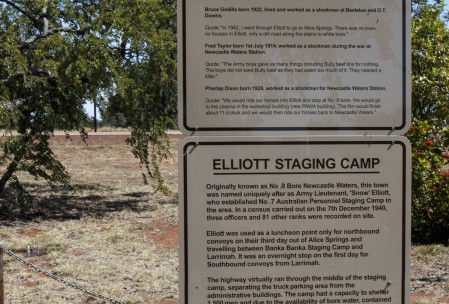 With Daly Waters looming on the map we kept going.  We passed a really nice looking Bar and Caravan Park on the highway at Daly Waters, but don’t be fooled, you need to head to the exit for the Historic Daly Waters Pub.

We arrived at the pub which was what you would expect, a large weatherboard building with the typical corrugated iron roof, shaded in part by some large trees and a beautiful bougainvillea.  We headed for the bar to organise our camping for the night and once we had paid (really reasonable at $16.50 for an unpowered site for the night) we were directed to Ed, the keeper of the camp.  We found Ed waiting at the gate for us, riding his trusty old pushbike and accompanied by his quirky steed (stuffed toy) called Lightning.  He ushered us to our place and we set up for the night.  Ed was quite excited as he also had the same brand of camper as we did, but the little brother, he had a 10 year old Outback Sturt Trailer, and loved it.  We were pretty pleased that after 10 years he was still happy with the quality.

The campground was actually quite nice, ringed by individual ensuite shower/toilets and sprinkled with some shade trees.  We relaxed for a refreshing drink after setup was finished and just watched the stream of people arriving to come to the pub for dinner.  We met a couple of nice folk and had a chat before we wandered into the pub to pre order our dinner.  Apparently it can get quite busy, so pre ordering is a good idea.  Ed was telling us that during the busy season starting in May, that they would expect up to 120 arrivals in the campground each day.  That would be keeping everybody busy out there.

The pub itself was another of the famed Outback Pubs.  It has walls covered in memorabilia from the local area, and many items left by visiting tourists and locals in the past.  There is a line of bras, undies, a thong tree, number plates and so much more.  If these walls could talk, what stories they would be able to tell us.  We spent some time wandering around just looking at the items displayed and talking to others doing the same.  After a while we headed out to the beer garden where they have entertainment 7 days a week.  We were joined by some new friends and enjoyed the dinner specials, I had beef and Graham had beef and barra.  It came with some fresh damper and a nice selection of salads.  A nice meal in a special surrounding. 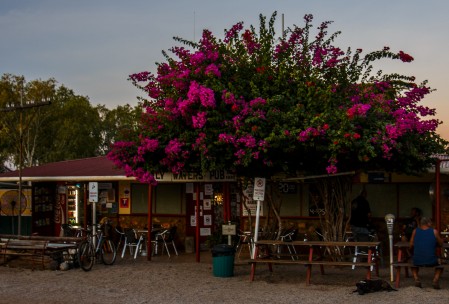 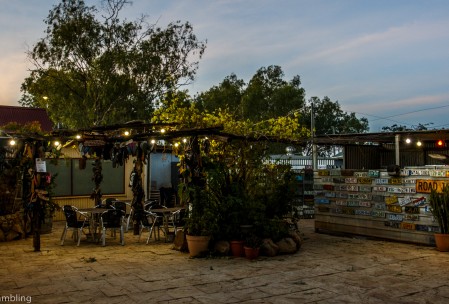 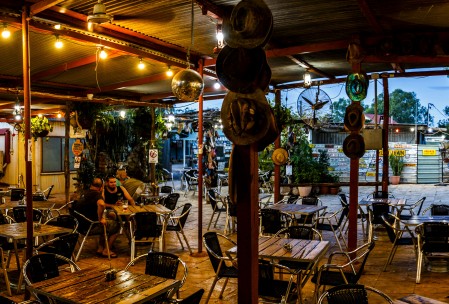 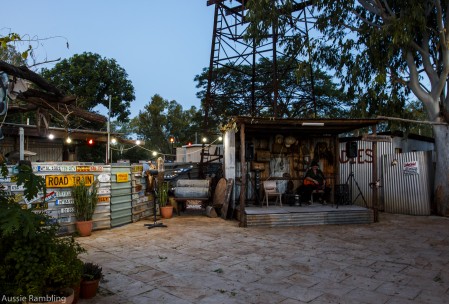 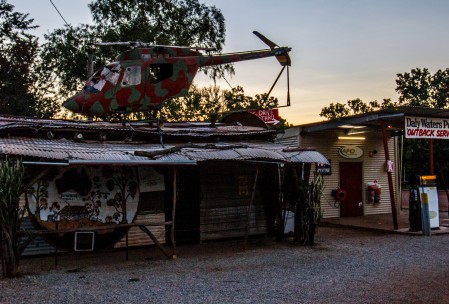 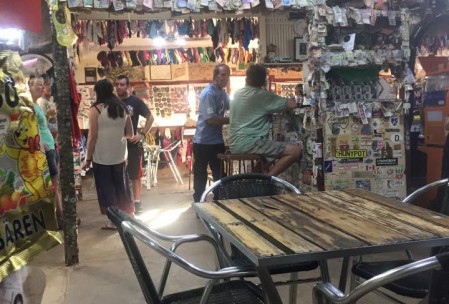 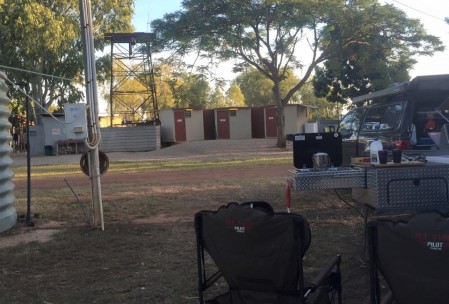 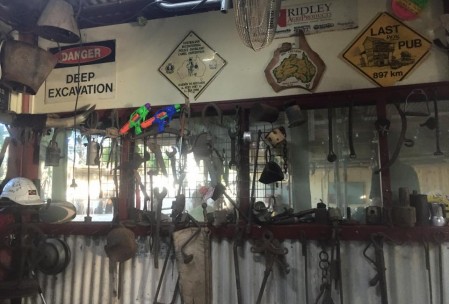 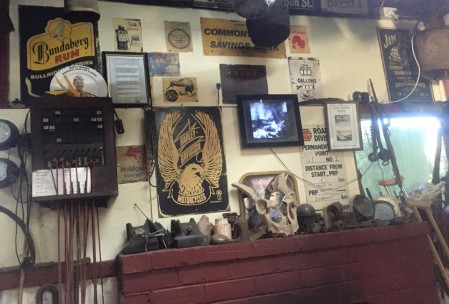 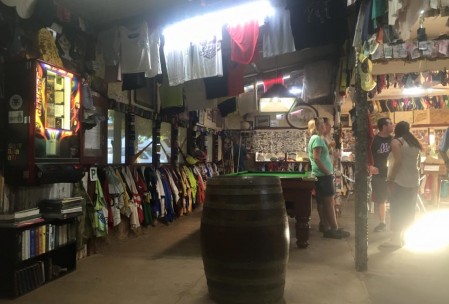 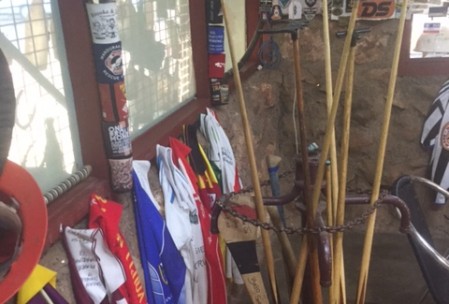 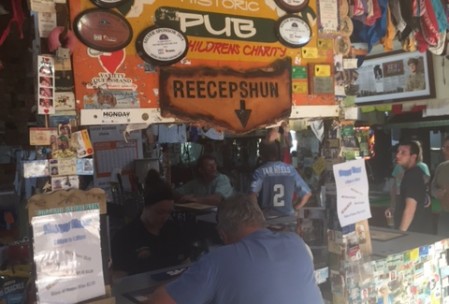 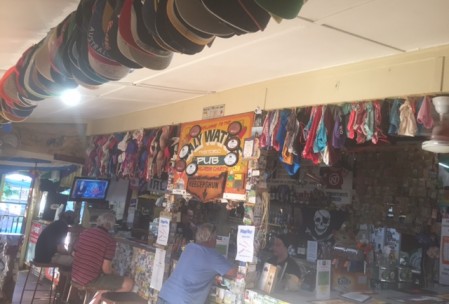 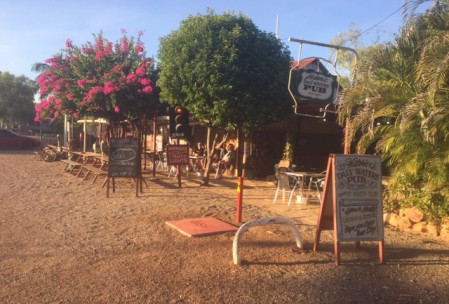 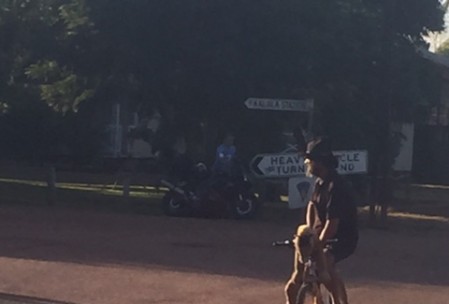 We love spending time and finding out about some of these more remote areas, their history and how they were so much part of the building of Australia just blows us away each day.